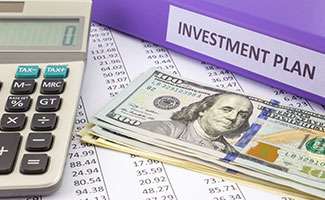 U.S. stocks extended their gains into the session’s half as the latest U.S. jobs report buoyed market sentiment and overshadowed lingering concerns of possible trade war as well as geopolitical issues in Italy.

The Labor Department reported that nonfarm payrolls rose ahead of expectations with a gain of 223,000 in May versus estimates for a 190,000 rise. The unemployment rate firmed at 3.8% versus estimates for 3.9% and also 3.9% for the previous month. Average hourly earnings rose 0.3% versus the 0.2% gain seen by forecasters. Private payrolls rose 218,000 ahead of the 184,000 estimate, while manufacturing payrolls increased 18,000 in-line with expectations.

Meanwhile, geopolitical concerns in Europe dissipated after Italian politicians agreed on a coalition government, averting the prospect of a snap election and ending the uncertainty in the eurozone’s third-largest economy.

And, the European Union said it will open a case with the World Trade Organization over tariffs placed on steel and aluminum imports by the U.S. On Thursday, U.S. President Donald Trump said he would end the suspension of tariffs on steel or aluminum imports from Canada, Mexico and the European Union. Canadian Prime Minister Justin Trudeau said Canada will also file a challenge to the levies with the WTO, calling the tariffs “illegal and counterproductive.”

Deutsche Bank’s (DB) had its credit rating lowered by Standard & Poor’s, which cited “significant execution risk” to CEO Christian Sewing’s plan to overhaul Germany’s biggest lender. S&P reduced the long-term issuer rating for the lender and its subsidiaries by one notch to ‘BBB+’, the third-lowest investment grade, from ‘A-‘, the credit rating company said in a statement on Friday. S&P maintained the stable outlook on the rating, reflecting its view that ” will execute its strategy in earnest and, over time, will show progress against its 2019 financial objectives.” DB shares were down 0.2%.

Qualcomm (QCOM), Ford Motor (F) and Panasonic Corporation of North America formed an alliance to launch Cellular Vehicle-to-Everything (C-V2X) technologies in Colorado. The use of the technology is an extension of a previously announced partnership between the Colorado Department of Transportation and Panasonic to integrate connected vehicle technology in the state of Colorado, Qualcomm said.. Panasonic, Qualcomm Technologies and Ford have joined the advanced development efforts to help launch the technology, and to assess C-V2X capabilities this summer on select roadways throughout Panasonic’s CityNOW headquarters in Denver, which will be followed by deployment in select areas along the I-70 Mountain Corridor later in the year, the company said.

Range Resources Corp. (RRC) rose more than 3% after the firm declared a quarterly cash dividend of $0.02 per common share payable on June 29 to stockholders of record at the close of business on June 15.

Oncolytics (ONCY) rose more than 7% after the company said it has priced an underwritten public offering of 1.4 million shares of common stock at $5.83 per share for total expected gross proceeds of $8 million. The company intends to use the net proceeds for research and development activities and for working capital purposes. The offering is expected to close on or about June 5, subject to customary closing conditions.