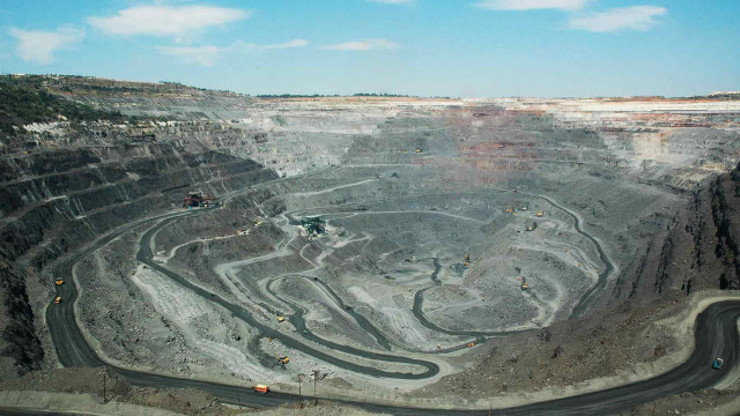 The manganese will be railed from the Kalahari manganese fields in the Northern Cape through the Saldanha and Port Elizabeth ore railway line to the port of destination. Since its introduction to the mining industry in 2012, Tshipi é Ntle has exported in excess of 10 million tonnes of manganese to various markets across the globe. Tshipi é Ntle is the second manganese producer to take up a long-term take or pay contract with Transnet. The manganese contract will result in secure and robust manganese export volumes for both Transnet and Tshipi.

Transnet’s Chief New Business Development officer, Gert De Beer said: “The signing of the second manganese contract is a sign that Transnet is serious about securing export volumes for the mining industry and general freight companies. We are working hard to finalise the outstanding manganese contracts with the rest of the targeted manganese producers.”

Transnet plans to sign a total number of nine contracts as part of its MECA programme which will see a total of 12.5 million tonnes of manganese per annum moved. De Beer added that Tshipi é Ntle’s journey is an illustration of how through infrastructure investment, South Africa can deliver on its mandate to grow the economy.

Commenting on the signing of the agreement, Tshipi é Ntle Chief Executive Officer, Ezekiel Lotlhare said: “This contract is testament to Tshipi’s strong relationship with Transnet and demonstrates the mine’s exceptional growth since its inception six years ago. In a very short time, Tshipi has grown from exporting one million tonnes in its first year of operation to becoming the largest exporter of manganese in South Africa. During those six years, Tshipi recorded an exceptional historical performance, one that we are confident will continue. We have a world class asset, a good position on the global cost curve, state-of-the-art equipment, including the fastest load-out station in the Kalahari Manganese Basin and a unique rail siding that can accommodate longer and heavier trains than its competitors.”

The overall Manganese Export Capacity Allocation programme is designed in such a way that 15% of the rail capacity will be reserved for new entrants in the manganese export market. De Beer said it is important to know that the 15% remains guaranteed through