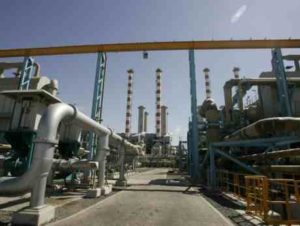 The demands for clean water have never been as pressing as they are today. Approximately 2.1 billion people around the globe do not have access to clean drinking water and that number keeps increasing by the day, as per a report by the World Health Organisation. Our water-rich planet, is home to more than 1,385 million cubic kilometres of water, but the issue is that most of that water, approximately 97 per cent of it, is sea water. The other three per cent of fresh water continues to dwindle. The growing global challenges of water scarcity, need to be addressed. We need to make the majority of the earth’s water consumable to us. Water desalination — the process of removing dissolved salts from water — is the way forward.

Today, there are a number of technologies that remove the salt from sea water, but these conventional thermal desalination plants consume a substantial amount of energy. Moreover, traditional power plants lead to high carbon emissions, generating a large carbon footprint. What we need is development of large-scale solar power plants to supply renewable energy. The new generation of reverse osmosis desalination plants are considerably more energy-efficient than thermal plants — as much as ten times more efficient in fact.

One of the main issues with renewable energy sources is that energy solutions, like solar power or wind power do not operate 24 hours a day, seven days a week. Sometimes the weather conditions just aren’t suitable. That is when the oil or gas-based turbines are required to fill in the gaps of the renewable energy supply. But today, engineers have succeeded in combining a hybrid solar wind renewable energy and battery storage solution. Several developers of large-scale solar power plants, have built hybrid wind-solar projects. These developments, which combine both photovoltaic and wind energy technologies, plus battery storage, provide 24/7 renewable power, irrespective of the weather, wind speeds or daylight. So when the sun is shining, or the wind is blowing, the photovoltaic and wind plants will generate renewable energy to feed into the grid and at the same time, charge the batteries. When the conditions are not suitable for solar or wind power generation, the batteries automatically step in and keep the machine working. This means, there’s an uninterrupted supply of renewable energy into the network at all times, with minimal harm to the environment.

This new technology will not only make the desalination process carbon neutral, it would also free up a vast quantity of oil that was previously used to power these desalination plants, and hence actively contribute to the economy. This renewable energy solution would also offer more flexibility in terms of locating the desalination plant. Since they are not hazardous, the power plants would no longer need to be miles away from people. You can now have desalination plants closer to the towns and cities where the water is needed, which in turn reduces the cost of distribution and risk of waste through leakage. This innovative combination of renewable energy and battery storage holds enormous potential for the future of water.

Between 2007 and 2030 desalination capacity across the Middle East and North Africa region will expand from 21 million cubic metres per day to almost 110 million cubic metres per day. This, in turn, will triple electricity demand for desalination by 2030. So, the potential is clear for those who can drive the development of renewable energy-powered desalination. The Gulf Cooperation Council region has an opportunity to lead the world in this fast-developing field. By making the most of new technologies, and encouraging investment and innovation across the industry, the GCC can not only address its own water scarcity challenges, but also put itself at the forefront of a fast-growing, innovative sector that will become increasingly vital to global development in the coming years.