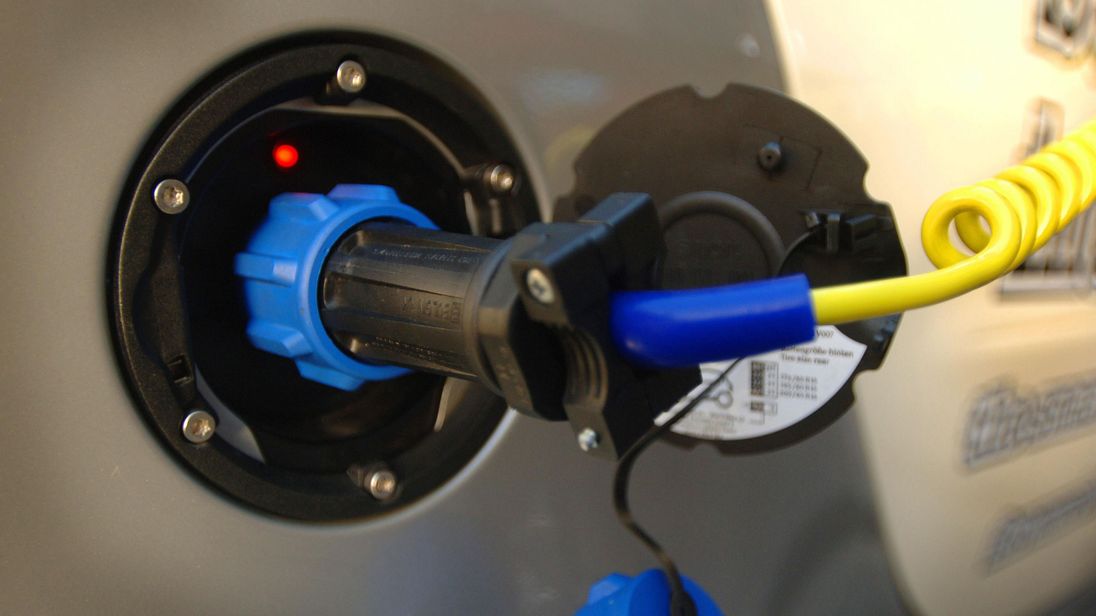 Electric car chargers that are able to return power back to the grid network are being trialled by Newcastle University.

It is hoped the project will improve grid capability and make renewable sources become more integrated and affordable.

The bi-directional power flow will allow owners to charge their vehicles during times of low demand, and feed power back to the grid at times of high demand.

It could enable car owners to make money from their vehicles by selling services back to the energy network.

This is the first large-scale vehicle-to-grid technology trial to take place anywhere in the world.

The £9.8m project is led by Nissan, and involves experts from Newcastle University and Imperial College London.

Newcastle University’s project lead Myriam Neaimeh said the trial would be “a real game changer as we move towards decarbonising the grid”.

There are currently around 130,000 electric and plug-in hybrid cars on UK roads, but if the UK is to meet its commitment to reduce carbon emissions by 2030, it would need to have two million operational electric vehicles.

The Government wants nearly all cars to be zero emission by 2050.

It is hoped that the project, which is part of a £30m investment from the Department for Business, Energy and Industrial Strategy, working with the Office for Low Emission Vehicles and Innovate UK, will aid the growth of electric vehicles and lead the way for a low-carbon revolution.