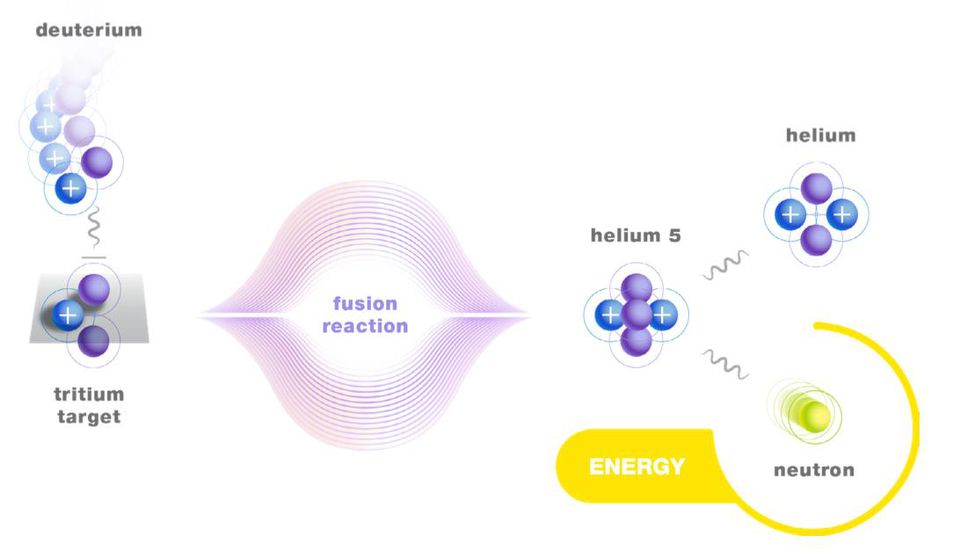 On February 22, 2016 Bill Gates said an ‘energy miracle is coming and it is going to change the world.’

He was talking about nuclear energy.

Gates formed a nuclear engineering company a few years back, in Bellevue Washington, to design and build a game-changing reactor that can burn old reactor fuel, and get ten times the energy from it, without making waste that is hot for thousands of years. Gates recently partnered with the China National Nuclear Corporation to get it off the ground.

But Demitri Hopkins has taken this idea to another level. Co-Founder of AGNI Energy Inc., a startup company out of Olympia Washington, 25-year-old Demitri Hopkins is something of a physics and mathematical savant. He won the International Science Fair in high school and was invited to meet President Obama. At that time, Hopkins recognized global warming as an existential threat having no practical solution.

So he set out to create one, originally enlisting the help of engineer Eric Thomas. Graduate students Aidan Klemmer and Neil Leonard joined Hopkins a year ago to form AGNI Energy. Their reactor design combines the stability of magnetic containment with beam to target inertial fusion.

AGNI is in good company in Washington State. The Pacific Northwest seems to be a magnet for innovative and traditional nuclear power. Gates’ TerraPower is only an hour drive from AGNI.

Energy Northwest, in Richland, Washington has been the most reliable generator of electricity in the Pacific Northwest for decades, with nuclear, hydro, wind and solar generating well over 9 billion kWhs each year, and has the best safety record of any business within a thousand miles.

NuScale Power in Corvallis, Oregon is on track to build the first small modular nuclear reactor in America faster than expected. General Fusion, based in British Columbia, is not far away either, and recently fired-up the world’s largest and most powerful plasma injector at its facilities in Vancouver, ten times more powerful than its predecessor.

And Premier Technology, a manufacturer for the nuclear industry, just broke ground on an expansion of its facilities in Blackfoot, Idaho.

All of this and more will be covered in animated discussions at t he American Nuclear Society’s annual meeting in Philadelphia this week.

A successful AGNI commercial fusion reactor would certainly change things. Fusion is the process of building up simple atoms into larger more complex ones. This process occurs every day in the sun and every other star. Fusion is the opposite of fission, which is the process of breaking down atoms. Both release energy under the right conditions. For fission, the bigger the atom, the more energy is released. For fusion, the opposite is true – the smaller the atoms used, the more energy that is released.

For this reason, most efforts towards fusion concentrate on hydrogen fusion, the smallest of atoms, to release the most energy. There are many ways to get there, some include:

Each method has their hurdles.

– inertial confinement struggles with efficiency of reactions for the energy put in as the laser or ion beam require huge amounts of energy to be generated.

– magnetic confinement struggles with controlling and containing the plasma and keeping it stable long enough to sustain fusion.

AGNI Energy borrows elements from each of these fusion methods for use in their device. AGNI focuses a beam of ions, which is half of the fuel, onto a solid target which is the other half of the fuel.

To focus and control the beam in a way that is scalable, this reactor uses both electric fields and magnetic fields. Unlike the typical magnetic confinement, these ions have a very short flight time before they hit the target, so the ions don’t need to be controlled very long before the fusion occurs.

Rather than just squeezing the plasma, which is like grabbing smoke with your hands, they just fire it straight at the target, using some interesting quirks of physics to boost its energy on the way there. With this approach, AGNI may overcome the hurdles and eventually reach breakeven fusion.

Hopkins and Thomas’ design was originally based on an inertial design of nozzle fusion, but altered to replace the negative electrode with a solid state fuel target. Magnetic ring confinement increases particle energy and density at the target. This process was originally tested with heavy-water ice in a small inertial design, and ran for about 10 minutes.

The AGNI reactor uses several types of fusion fuel in order to take advantage of different energies and the fusion-ion heating of aneutronic fusion, in which neutrons carry only about 1% of the total released energy, as opposed to 80% in traditional fusion reactions. Successful aneutronic fusion would greatly reduce problems associated with high neutron radiation such as ionizing damage, neutron activation and requirements for biological shielding and safety. The amount of waste is also greatly reduced even for fusion.

In this reactor, the ion beam contains a mixture of deuterium and helium-3, deuterium being the dominant component of the beam. The target plate contains Lithium-6, Tritium, and Boron-11. Because of pre-target fusion, there are more final products interacting with the target plate then Deuterium and Helium-3. Of note, Deuterium—Helium-3 fusion produces protons that can then fuse with the Boron-11 to produce three Helium-4 ions (see figure).

This fusion approach uses a series of five rings, capable of varying the degrees of freedom involving the electrostatic source diameter, the Z-axis position of each ring, and variable output of magnetic intensity and electrostatic intensity. The method of containment is focused around shaping beam dynamics towards convergence at the target plate, with the intent of the plasma generating a strong internal magnetic field as seen in kink oscillations to increase the likelihood of surpassing the coulomb barrier in the target plate materials, necessary to fuse.

The aneutronic fusion heats the ion beam towards critical temperatures, and the end product produces high energy neutrons that can be used in standard nuclear technologies for harnessing energy from neutrons. This was designed both for the higher level of energy output and the stability of energy harnessing from a steam turbine, avoiding the possibility of micro-instabilities causing issues on a commercial power grid.

We’ve always been told that fusion energy is 30 years away. But after some small tests of this system, Hopkins quickly realized it’s not 30 years away any more.