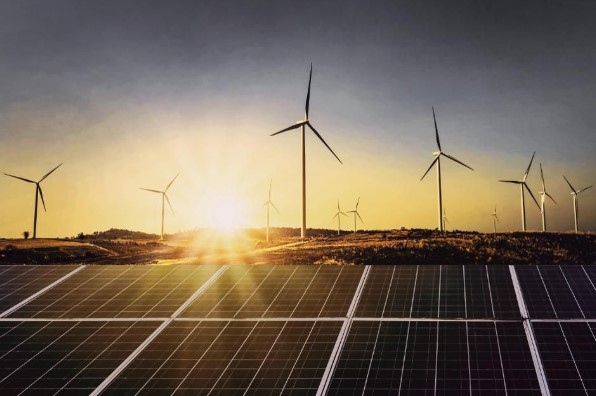 A transformation in the energy sector has begun. The momentum toward low-carbon energy generation — driven by our need for secure, affordable and sustainable energy supply — will see the days of fossil fuel domination fade into obscurity. As natural gas and renewables continue to dominate new capacity additions, one of the components that has kept renewables from becoming the dominant technology to date has been intermittency. The intermittency of solar and wind has always been a challenge for grids, especially ones with high renewable penetration levels. At Sonnedix, where we build, acquire and operate solar power plants, we are aware of this challenge. But this is changing, and energy storage has a major role to play.

Energy storage has many forms and technologies such as pumped hydroelectric (gravitational), batteries (electrochemical), flywheels (kinetic), compressed air (mechanical) and thermal. The dominant form of energy storage today is pumped hydroelectric storage, with around 96% of global installed energy storage capacity, but this has an inherent weakness — it needs to be located near a water source. Given this constraint, the market demand for other technologies is ever increasing, with batteries most likely to be the next major technology.

The traditional challenge facing energy storage has been cost. The expansion of the electric vehicle and consumer electronics sectors has driven down lithium-ion battery prices by as much as 20% year on year, with a corresponding increase in the number of battery deployments. The U.S. alone saw a 46% uplift in energy storage deployment from 2016 to 2017. As costs continue to decrease and regulatory policy barriers diminish, I think we can expect to see a wave of energy storage applications being deployed in the near future.

Challenges aside, energy storage is discussed so frequently in the context of renewable energy due to the synergy the two technologies have. While renewable energy (specifically wind and solar) are non-dispatchable intermittent sources, their penetration levels on public grids will be curtailed. Energy storage allows intermittent renewable energy to compete on a level playing field with traditional power resources and allows renewables to be a major component of utilities’ future integration plans. There are estimates that as much as 45% of all new capacity additions will be renewables between 2016 and 2040. Looking to 2050, as much as 65% of the global generation will be via renewables, with solar and wind accounting for 48% of the global mix.

As energy storage accelerates to global adoption, we are seeing significant trends take shape. Over the next 10 years, I believe the storage market will mirror the rapid growth of solar over the past decade. The expected increase in storage will be due to technology advancements as well as cost improvements: Other chemistries are entering the market to challenge lithium-ion. For example, a major competitor is coming out of Japan, where a sodium sulfur chemistry battery has reached commercialization and large-scale deployment. In addition, the flow battery is the other major deployment to enter the market.

Will storage transform the future of low-carbon energy generation? Not alone. It’s one (perhaps the first among equals) of several important factors — distribution models and battery-based grid regulation among them. Energy storage does have the potential to shape the global energy landscape as it allows for renewables in places where traditionally the grid was unable to accommodate them. Given the decreasing cost and technology advancements, storage is primed to counter the challenge of intermittent energy supply.