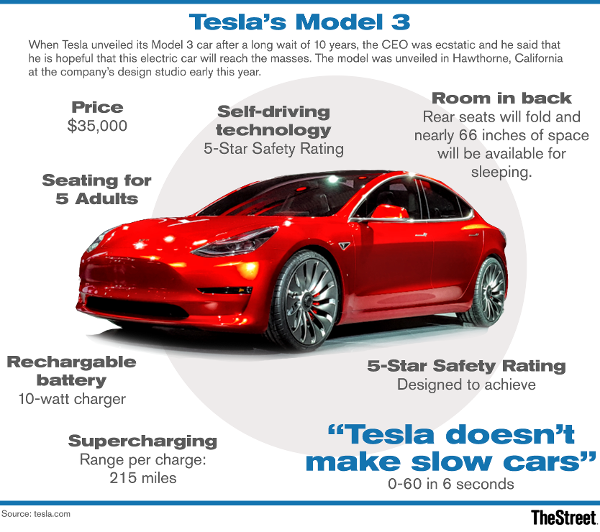 Tesla Inc has surprised many investors this week.

On Tuesday, June 6th, Tesla held its annual shareholder meeting. This time, CEO Elon Musk came out humbled and more realistic. He held back on telegraphing near-impossible tasks or telling futuristic tales of what’s to come. Instead, he mostly talked about how 99% of Tesla’s current focus is on nailing down production of the Model 3, (the other 1% was for some futuristic stuff).

In any regard, Musk said it’s “quite likely” that Model 3 production will hit 5,000 units per week by early July, just a month from now. He also told investors that management still expects to be GAAP profitable and cash flow positive in the fiscal third and fourth quarters. Further, they still do not anticipate raising capital later this year.

Investors are feeling confident as a result, and with shares teetering just below the 200-day moving average, a short-squeeze on Tesla stock surely isn’t out of the question.

One other person feeling confident? Nomura Instinet analyst Romit Shah. After seeing the company’s shareholder meeting and after visiting with management at Tesla’s Fremont factory, he upped his price target to $450 from $420 on Friday. Should Tesla stock get there, it will represent a 40% gain from current levels and easily vault the stock to new all-time highs, which currently sit near $390.

Why Tesla Stock Can Rally

Shah cites the average selling price (ASP) for Tesla’s Model 3 as one catalyst. In the second half of 2018, ASPs should approach $60,000, he says. That’s vastly ahead of the base price of $35,000, although it’s worth noting that Tesla does not currently produce the base version of the vehicle yet. First, Tesla needs to build the short-range battery for the base model.

For now, it’s only producing the long-range battery for the Model 3, in addition to now offering performance and all-wheel drive packages. Those features should help drive up the average selling price in the back half of the year, Shah reasons.

Higher efficiency and lower costs would boost Tesla margins too. Interestingly, even though Musk said the company expects to produce about 5,000 Model 3 units per week by early July, Morgan Stanley analyst Adam Jonas said he doesn’t expect Tesla to hit that type of run rate until next year.

Reports today said Tesla’s Model 3 body line is now 95% automated. So, it looks like the Model 3’s production is improving, not stagnating or worsening. Perhaps that will cause Jonas to recalculate his run-rate expectations.

Either way, should Tesla get a firm handle on its Model 3 production woes, it could inspire bulls to chase the stock. Should that happen, we could get a real spark if it triggers a squeeze. Even then though, Shah’s price target will be tough to hit.