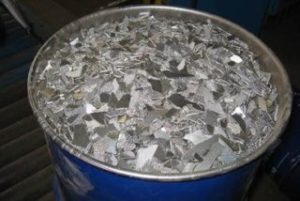 We are now racing toward a future of all-electric cars, or at least a mixture of electric, hybrid and hydrogen-powered cars. It will be an environmental plus. China is working on a timetable to drop the gas-consuming internal combustion engine. GM plans on abandoning it, too.

It will require an entirely new infrastructure of charging stations throughout the country, with vast economic opportunities for entrepreneurs. It also will require a rethinking of the tax system. As the gas tax becomes useless, something will have too replace it. Even our foreign policy will change. OPEC will become irrelevant, and we soon might care a whole lot less about what happens in Iran, Iraq, Kuwait and the Arabian peninsula.

But here is a troubling thought. Where will the components needed to make electric batteries come from? Two key ingredients are lithium and cobalt. Lithium is highly flammable. That’s why there are increasing restrictions on the transportation of lithium batteries.

Both of those elements will have to be imported. China has them both. Australia has them both, too, although it is better supplied with lithium. Will suppliers band together to limit supply and jack up the prices? It seems unlikely, but then few predicted OPEC until it happened.

Lithium also is native to South America (Chile and Argentina) and Zimbabwe, an African country formerly known as Rhodesia. Cobalt is more problematic. More than half of the world’s production comes from the Congo. Google “cobalt production in the Congo” and you will not get a pretty picture of human rights.

Now this does not mean we should stop the electric car. It does mean we need to do a better job of understanding other parts of the world and perhaps adjusting economic, foreign and human rights policies now, rather than later.