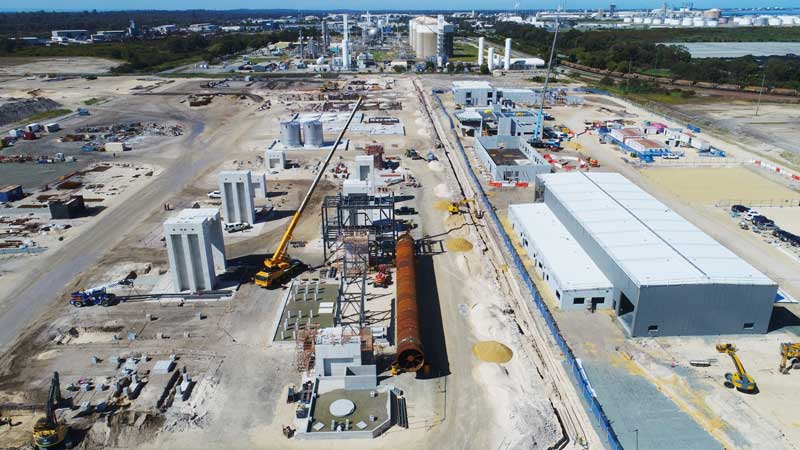 Western Australia could soon be the world’s powerhouse in raw materials supplied to the electric vehicle industry, thanks to a surge in demand for EV battery metals and products, a demand that could spark a new mining and manufacturing boom, create 100,000 jobs and be worth $56 billion a year.

Welcome to WA’s Lithium Valley where mining companies – both established and up-and-coming – are not only drilling and extracting for rare earth minerals, lithium, cobalt, graphite, nickel, tin, copper, manganese as well as vanadium – all minerals and metals Australia has in abundance –but they are also value-adding, and in at least one case turning mine waste into lithium ion for the batteries powering new electric vehicles.

Speaking at the launch of Regional Development Australia’s Lithium Valley: Establishing the Case for Energy Metals and Battery Manufacturing in Western Australia, Curtin University professor of sustainability Peter Newman said. “We are the only place in the world that has them all.”

Some in the industry see WA becoming the battery equivalent of Silicon Valley and tapping into a supply chain worth tens of billions of dollars.

The problem, as the report highlighted, is that WA currently could miss out on 99.5 per cent, or $213 billion, of the potential value of its lithium assets because it doesn’t have any downstream processing like electrochemical processing, battery cell production or product assembly.

But Professor Newman says: “Not only do we have the resources, we also have the technological capability and skilled workforce to service this emerging industry. The world needs us and we can create Lithium Valley to service this need.”

The Regional Development Australia report paints a picture of a minerals boom like never before.

It details how Perth should become the global centre of excellence and leadership. From mining, to processing and manufacturing high-end battery products, for export around the world.

The coming boom is partly driven by the growth of EVs, as well as electronic devices including smartphones, laptops, and home appliances.

Then there is the trend toward off-grid home power systems and industrial scale grid storage, to handle the ebbs and flows of power from renewable energy sources, like wind and solar.

For this, vanadium is set to be play a major role, and Australia has access to the raw materials to produce copious reserves of the rare earth metal. Vanadium prices are surging globally.

The price of lithium has also increased dramatically as EV battery demand increases. Several new mines have opened up in Australia in the last year, and many more on the way, with WA set to supply half of the world’s raw lithium needs in the next 10 years.

Demand for graphite, another mineral required for battery production, is also projected to increase by as much as 500 per cent on the next few years, the annual Diggers and Dealers conference in Kalgoorlie heard last year.

France, Britain and Norway are banning fossil-fuel cars in the coming years, and Chinese-owned Swedish car maker Volvo have said they will dump ICE powered cars entirely and produce only electric and hybrid vehicles by 2021.

In July, BMW said at least 25 per cent of its total car production by 2025 will be electric and the company has signed a $5billion deal with a Chinese battery company to help make that happen.

To meet this projected demand, in Perth’s south, at Kwinana, there are two major projects already up and running.

And Tesla is also looking to Perth for lithium hydroxide for its battries and has signed a deal with mining company Kidman Resources and Chilean-based producer SQM, also from a proposed plant in Kwinana.

In Kalgoorlie, Neometals will build a $200 million lithium processing plant in Kalgoorlie-Boulder.

But some fear this massive new mining vehicle could soon have the brakes slammed on as the Federal Government caps investment in new research and development grants and rebates in its latest Budget.

Perth based ASX listed lithium explorer and technologist, Lithium Australia has warned that the proposed new R&D grant restrictions could kill off the opportunity for WA to become an all encompassing, globally significant lithium hub before it even begins.

In a world-first the Australian company has just this month successfully produced lithium from mine waste for use in lithium-ion batteries that power electric vehicles.

The development is another bit of the jigsaw that should rightly place Australia at the forefront of the electric vehicle revolution.

Perth-based Lithium Australia carried out the trial process at NSW’s ANSTO (Australia’s Nuclear Science and Technology Organisation) minerals piloting facility late in August and are now ready to power on with a larger scale operation which will see them produce lithium-ion batteries.

Lithium extraction from the lepidolite recovered from West Australian mine waste peaked at 97.5 per cent during the full-scale trial with a steady 94 percent delivery of lithium during the overall process using a SiLeach pilot plant.

LA’s managing director Adrian Griffin said the team looked forward to moving on to the next stage which will see lithium being produced from waste taken from mine operations at Kalgoorlie.

“We will then apply VSPC’s [a processing company owned by LA] proprietary process to that lithium chemical and, ultimately, produce a lithium-ion battery: a world first. And we’ll do so whether the Australian federal government chooses to back the Lithium Valley concept or just ignore it.”

Mr Griffin said VA was assessing the implications but was seriously looking at moving the company’s R&D department overseas.

“Lithium Australia is considering relocating its successful R&D activities elsewhere – perhaps Germany, which has a target date for the demise of internal combustion engines and is facilitating that by way of attractive R&D financial support,” Mr Griffin said.