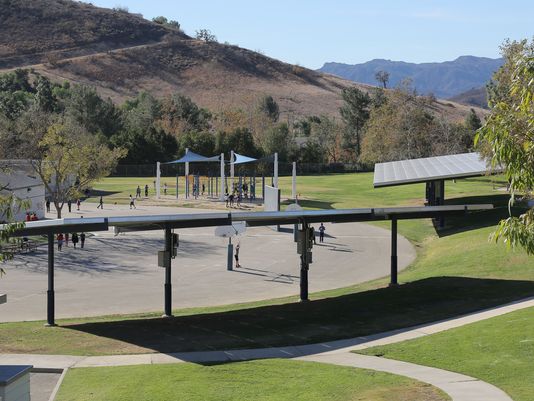 On Monday night, Ventura’s policymakers will help decide what city residents will be paying next year for energy.

Why city leaders are making that determination, instead of Southern California Edison, stems from the emergence of alternative energy providers, which are shaking up an industry that’s long lacked competition.

Once it’s up and running, the alliance will be the state’s biggest community choice aggregation provider in terms of members.

Ventura, Camarillo, Moorpark, Ojai, Oxnard, Simi Valley, Thousand Oaks and the county have all joined the effort, along with Los Angeles County — which gave the alliance a $10 million loan to help with startup costs — and 23 other cities in L.A. County.

Although the actual costs aren’t yet known, and that won’t happen until November, cities must set a “default” rate — that is, the percentage of renewable energy customers who do nothing are automatically enrolled in.

A customer who wants to stay with Edison or who wants a different percentage of renewables can do that, but they must manually opt out or change their default with the Clean Power Alliance.

The options and rate differentials, according to the alliance, are:

In the spring, the alliance was projecting greater savings, or about 3 percent for either 36 percent or 50 percent compared to Edison’s rates, but that has since gone down.

Camarillo, Moorpark and Simi Valley opted to set the renewable rate at 36 percent, while Ojai set it at 100 percent, as did the county for non-residential customers.

Ventura County supervisors will be setting the default rate for residential customers at their Tuesday meeting. Oxnard hasn’t set its default.

The commission voted unanimously to change the way “exit fees” are calculated on community choice aggregation customers who leave investor-owned utilities (like Edison and Pacific Gas and Electric). The fees are charged to ensure every customer, whether served by community choice aggregation or an investor-owned utility, pays for power and infrastructure already purchased on their behalf.

The commission board estimated Edison’s rates will go up 2.5 percent compared to this year, a figure Bardacke disputed. He thinks it will be higher, but due to “conservative budget forecasting,” the Clean Power Alliance will be able to absorb the costs.

Had a different decision been issued on the exit fees, the alliance would have been able to offer more rate savings compared to Edison “and been in a financial position to roll out local programs more quickly,” Bardacke wrote in an email to The Star.

In a statement, Edison said the decision paved the way for a level playing field and took into account the “massive costs shifts” that occur as customers leave for other energy providers.

Last year, 32 percent of Edison’s energy came from renewable sources, excluding hydroelectric and nuclear energy sources, according to the company. Edison also offers customers the option to increase that percentage of renewable energy to 50 percent and 100 percent.

Monday’s Ventura City Council meeting will start at 6 p.m. at City Hall, 501 Poli St. It will begin with a presentation by the Ventura Social Services Task Force honoring Mayor Neal Andrews for his work on homelessness.