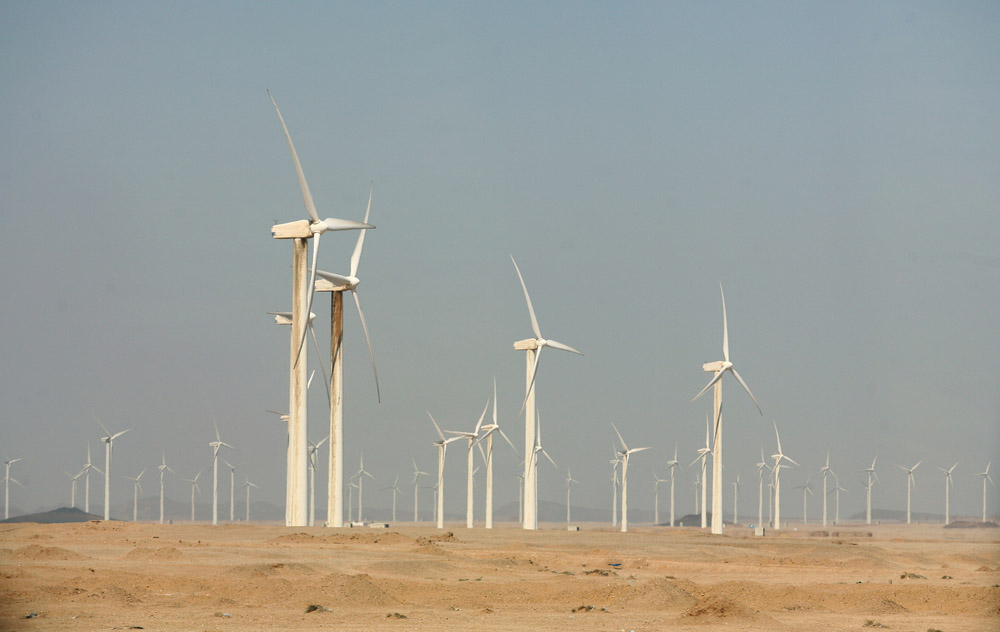 Scientists want to power the world with solar and wind energy, a feat they say is possible with large-scale wind and solar farms. Now, an international team of researchers says that building such an energy factory in the Sahara desert would come with a surprising boon: more rainfall.

The discovery means feeding the global power supply with renewable energy would be beneficial not only to regional climates but also society.

“In the light of our findings… we could transform our energy sources,” said Safa Motesharrei, a systems scientist at the University of Maryland in College Park, who co-led the new work. “That can lead in turn to sustaining freshwater, food and life on our planet.”

The notion to construct massive renewable energy installations in a desert came from livestock. Thanks to sheep, goats and cows chowing down on foliage, the landscape in Sahel, a semi-arid transition region south of the Sahara, changed from dark, light-absorbing vegetation to bright, reflective sand, which led to drought and hampered plant growth.

The feedback loop inspired Motesharrei’s colleague, Eugenia Kalnay, a meteorologist, who co-led the new research. Kalnay wondered whether large solar panel farms would reduce surface reflectivity and push the feedback loop in the opposite direction, toward more rainfall. She also thought wind farms might boost precipitation by pushing air and moisture up into the atmosphere near the turbine fields.

The researchers put their idea to the test in a climate model of wind and solar farms in the Sahara desert. Their vast 3.5 million square miles of simulated energy tech would generate a whopping 82 terawatts of electrical power, far more than the 18 terawatts of total energy the world currently uses. The model incorporated dynamic changes to vegetative cover and showed the renewable energy installation would increase daily precipitation in the Sahara about 150 percent. The model indicated similar benefits would come from renewable energy farms that only covered the northwest quadrant of the desert.

Sahel, an area suffering socioeconomic hardship due to lack of freshwater, would feel the most benefit from such a scheme. Precipitation there could jump up by nearly 20 inches per year according to the model, the scientists report today in the journal Science.

“The extra rain would bring life to this arid region,” said Motesharrei.

The team also confirmed Kalnay’s initial suspicions about the vegetation-surface reflectivity-precipitation feedback. They found that 80 percent of the bump in precipitation from wind farms came from the cascade.

“We were quite surprised to see the magnitude of these increases,” said Yan Li, a climatologist at the University of Illinois Urbana–Champaign. “Feedbacks lead to surprising outcomes beyond what the human mind is capable of perceiving.”

Although the renewable energy installations the scientists modeled also led to bumps in temperature, they say these effects are small and that their research calls for more experiments. They’d like to see if they can fine tune how large solar and wind farms might have to be in different parts of the Sahara and Middle East regions to maximize precipitation there.