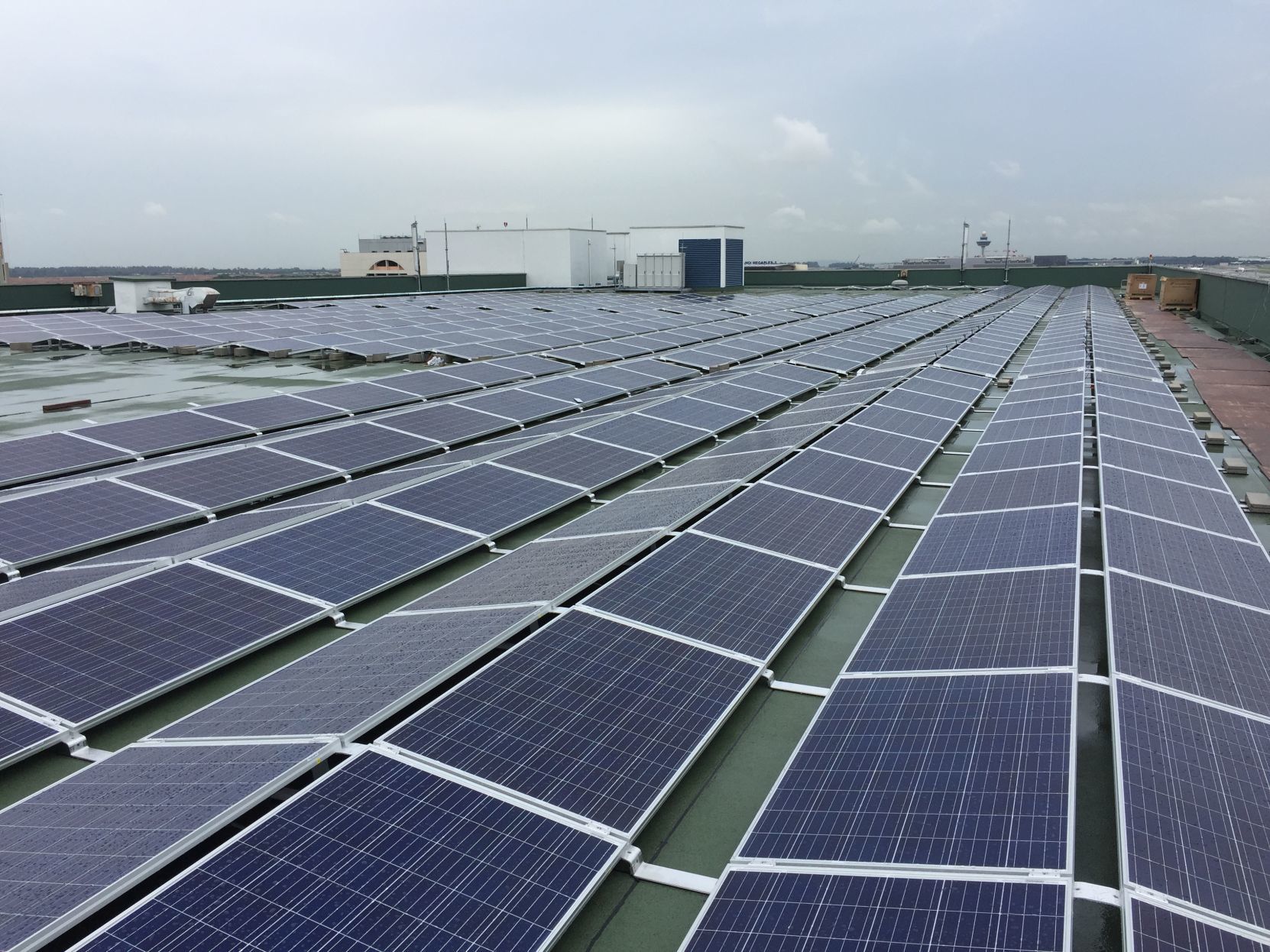 There is no shortage of rooftops on the University of Nebraska Medical Center’s growing campus.

Now the university is working to put some of that space to another use, partnering with the Omaha Public Power District to install nearly 1,500 solar panels atop three campus buildings.

The installation, which will total 500 kilowatts of solar capacity, is expected to become the largest rooftop solar array in the state. At that size, the array’s energy production will equal the average annual electricity use of 60 homes in OPPD’s service territory, said Jared Friesen of Morrissey Engineering, which designed the project.

The project will help UNMC and Nebraska Medicine, the university’s clinical partner, move toward their goal of becoming carbon neutral by 2030. To meet the goal, all the energy they use must come from renewable resources produced either on or off campus.

“This is just a really good first step in that process,” said Darren Dageforde, executive director of utilities and energy utilization for UNMC.

The medical campus already has made strides in reducing its energy use and increasing efficiency. Recent projects and initiatives have reduced its energy load from 29 megawatts to 23 megawatts. At the same time, the number of buildings, students and staff have continued to grow.

The energy produced by the solar panels will stay on campus, first supplying the buildings that host them. Any extra electricity will power other campus buildings. Dageforde said the project will reduce the campus’ energy use by a couple of percent.

When it comes to size, however, the solar installation won’t touch that of large solar farms that have been — and are being — installed in communities around the state, he said. OPPD, for instance, recently contracted to buy 20 years of solar from a private 35-acre, 5-megawatt solar array being built east of Fort Calhoun. That project will go online in the spring of 2019.

But rooftop projects are cheaper and easier to install, Dageforde said. The university’s utilities group will pay for the installation of the arrays on the Michael F. Sorrell Center for Health Science Education, the Truhlsen Eye Institute and the Harold M. and Beverly Maurer Center for Public Health.

“Most people don’t have enough rooftops to do this kind of thing,” he said.

The partners declined to specify the cost of the project because of contractual considerations. Dageforde said UNMC expects to recover the costs of the installation in less than 10 years.

Creighton University also has added solar installations, the largest of which sits above a campus parking lot. Together, Creighton’s installations can generate about 120 kilowatts. They also serve as an on-site laboratory for students and faculty.

The UNMC arrays will provide learning opportunities both for campus officials and for OPPD and could lead to future additions. The Dr. Edwin Davis & Dorothy Balbach Davis Global Center for Advanced Interprofessional Learning, now under construction near 42nd and Emile Streets, has been designed to support solar panels. UNMC and OPPD have an agreement that allows them to work on energy-efficiency projects together.

Wyndle Young, OPPD’s manager of midsize and small commercial and industrial sales and services, said the project will help the utility explore a new business model that involves providing more customized solutions based on how customers want to get their energy.

“We think there’s an increasing interest in the technology,” he said.

On the operational side, the utility also wants to understand the production profile of solar — how it’s affected at different times of the day and of the year and how it meets consumers’ needs. Solar panels’ energy production actually is better when it’s cold outside than when temperatures soar.

Boyd Jones Construction is slated to start construction yet this month. Weather permitting, the project should wrap up in January, Dageforde said. The panels won’t be visible except from above.

Morrissey Engineering also has designed and managed solar installations at the Henry Doorly Zoo’s Skyfari station at the Africa Grasslands exhibit, Lincoln Electric System’s service center, the Bellevue public safety building and several Baxter auto dealerships in Omaha and Lincoln, as well as at its own office building.