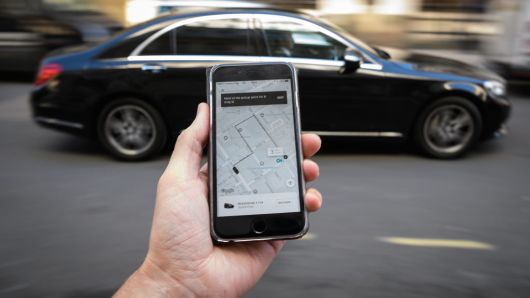 Uber will raise £200 million ($260 million) to help all of its drivers in London transition to electric vehicles (EVs) by 2025.

The company unveiled plans Tuesday to tackle air pollution in Britain’s capital, including a 15 pence per mile charge on each trip booked in London and incentive payments to its drivers.

The 15 pence “clean air fee” will help fund its initiative to swap over to electric cars, Uber said, with one penny of every levy charged going toward incentives for drivers, in addition to other clean-air schemes.

Uber will pay its drivers a certain amount to help them pay for electric vehicles, dependent on the number of miles they have driven using the company’s app. “For example, a driver using the app for an average of 40 hours per week could expect around £3,000 of support towards an EV in two years’ time and £4,500 in three years,” the firm said in a statement.

It expects 20,000 drivers to upgrade to electric vehicles by the end of 2021. The firm currently has 45,000 licensed drivers operating in the city and more than 3.5 million riders using the platform.

The firm said it is working with a number of electric vehicle charging suppliers, including BP’s ChargeMaster, EO Charging, EVBox and Franklin Energy, to help drivers find a charging point. It says it has already teamed up with U.S. EV charging firm ChargePoint to give its drivers access to charging stations in central London.

London Mayor Sadiq Khan has made it his priority to clean up the city’s dirty air, and is set to impose a strict daily charge of £12.50 on drivers of older, polluting petrol and diesel vehicles next April. Dubbed the “ultra low emission zone,” the area covered by the levy — which is added on top of an existing congestion charge — will also expand to more roads in the inner area from October 2021 onwards.

The British government currently plans to ban the sale of petrol and diesel vehicles by 2040. But lawmakers in London have called for this ban to be brought forward eight years to 2032 instead.

“The mayor of London has set out a bold vision to tackle air pollution in the capital and we’re determined to do everything we can to back it,” Uber Chief Executive Dara Khosrowshahi said in a statement Tuesday.

“Our £200 million Clean Air Plan is a long-term investment in the future of London aimed at going all electric in the capital in 2025. Over time, it’s our goal to help people replace their car with their phone by offering a range of mobility options — whether cars, bikes, scooters or public transport — all in the Uber app.”

The company is currently targeting 2019 as the year when it launches its highly anticipated initial public offering. It has been reported that the float could bring Uber’s valuation up to $120 billion.