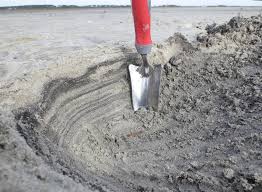 The United States should boost domestic production of 35 critical minerals including uranium, cobalt and lithium, to reduce its reliance on foreign suppliers, the Interior Department said on Friday.

Aluminum and potash are also on Interior’s draft list of 35 critical materials used in basic manufacturing, batteries and electronics. It was the department’s first step to carry out a presidential order issued in December to break U.S. dependence on foreign minerals.

Lithium and cobalt are vital components of the rechargeable batteries that power electric vehicles, sparking battery makers and auto companies, such as Tesla Inc and Volkswagen AG , to hunt for long-term supplies of the minerals.

“Any shortage of these resources constitutes a strategic vulnerability for the security and prosperity of the United States,” said Tim Petty, assistant secretary of the Interior for water and science.

The goal of boosting domestic production of non-fuel minerals and fossil fuel resources is part of the Trump administration’s America First policy, which seeks to boost U.S. exports while seeking to curb imports using tariffs and other protectionist measures.

On Friday, the Commerce Department recommended tariffs on steel and aluminum, raising fears among some observers of a trade war.

The Commerce Department is also weighing a petition from two domestic U.S. uranium producers to curb imports from Russia and Central Asia to lift the domestic uranium industry.