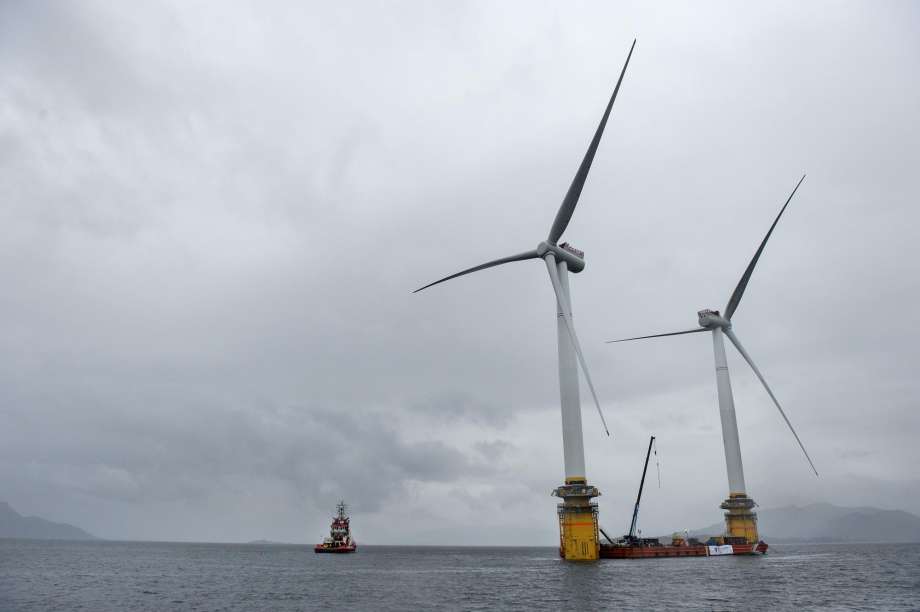 Offshore wind farms hold great promise as sources of clean energy, but the most power is produced at night when it’s needed the least. Storing that wind energy has been a vexing problem for power producers, but a partnership in Europe announced this week that it may have found a solution.

Equinor, the Norwegian company formerly known as Statoil, teamed up with Masdar, an energy company based in United Arab Emirates, to develop a battery that can store wind energy.

The project, known as Batwind, was unveiled in Scotland near the site of a floating offshore wind farm. Electricity produced at Hywind Scotland will be transported by cables to an onshore substation where the 1 megawatt batteries are connected to the grid. The battery capacity is the equivalent of 128,000 smart phones.

Batwind storage works like an energy warehouse, according to the announcement. Then when power is needed, it would be sent to the power grid.