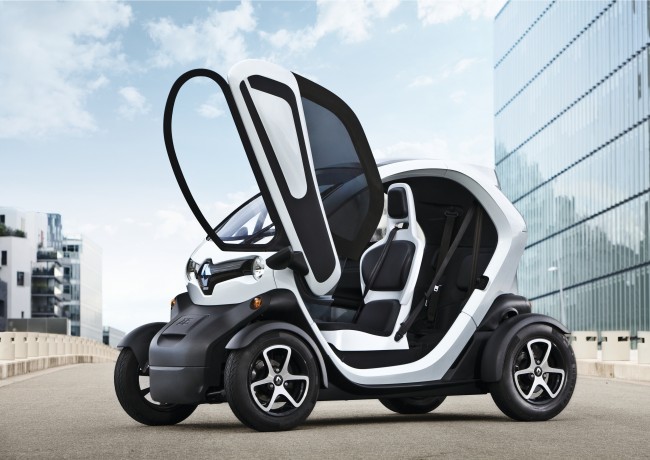 The Twizy, imported and distributed by Renault Samsung, opened the market for micro electric vehicles last year. A total of 691 units were sold in the first year, with more than 1,000 requests for government subsidies for the French two-seater electric vehicle.

The Twizy’s compact size allows it to go through narrow alleys, and it is able to reach a speed of up to 80 kph, according to the company. Its safety features include airbags, four-point seatbelts and a safety-shell cabin to protect passengers.

Charged with a 220 voltage plug, the Twizy can run from 55 to 80 kilometers with electricity costs of about 600 won, the company said. It takes about 3 1/2 hours to fully charge the vehicle, with power stored in its lithium-ion battery.

The Korean government has allocated 4.5 million won as a state subsidy for micro electric vehicles, while separate subsidies from provincial governments vary from 2 million to 5 million won ($1,860-$4,650), depending on where the vehicle owners live.