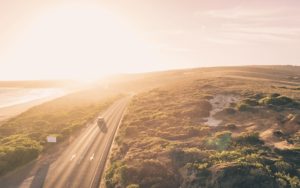 A joint battery venture of Toyota Motor Corp and Panasonic Corp will buy lithium from ioneer Ltd’s Rhyolite Ridge mining project and use the metal to build electric vehicle batteries in the United States.

The binding supply deal, announced on Sunday, is the second in less than a month for ioneer and a strong vote of confidence in a project that is racing to be the first new US source of the battery metal in decades.

Under the terms of the deal, ioneer will supply 4,000 tonnes of lithium carbonate annually for five years to Prime Planet Energy & Solutions (PPES), which was formed by Toyota and Panasonic in 2020 to better compete with battery market leader Contemporary Amperex Technology Co Ltd (CATL).

Supplies are slated to begin in 2025, a timeline that depends in part on ioneer obtaining financing and permitting.

The deal includes a commitment from PPES that ioneer’s lithium will be used to build EV battery parts inside the United States for the US EV market. PPES, which is based in Japan, has reportedly been considering building a battery plant in western North Carolina.

“The whole purpose of this agreement is for this lithium to be used in the United States,” James Calaway, ioneer’s executive chairman, told Reuters.

A proposed expansion of the US EV tax credit would require that lithium and other EV minerals be sourced domestically or from allies starting as soon as next year. That potential change, which is under debate in Congress, has shown a spotlight on the nascent US development plans of battery and automakers.

“Having an agreement with ioneer provides PPES a first step in securing a US supply of lithium,” said PPES President Hiroaki Koda, who added he has “confidence in ioneer’s technology.”

The amount of lithium that ioneer will supply PPES is enough to make batteries for about 150,000 EVs annually, though that figure would vary depending on design and other factors.

Australia-based ioneer aims to produce about 21,000 tonnes of lithium in Nevada annually starting in 2025. It signed a supply deal with Ford Motor Co in mid-July and last year with South Korea’s Ecopro Co.

The Rhyolite Ridge project has faced push back from some conservationists who worry it could harm a rare flower known as Tiehm’s buckwheat, though ioneer has said it believes it can safely extract lithium while also protecting the plant.

“We’ve figured out how we can build the mine and not touch the Tiehm’s buckwheat,” said Calaway.