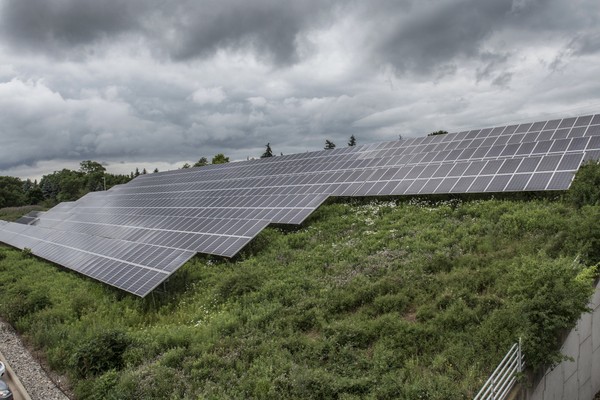 GAINES TOWNSHIP – Decreasing costs and increasing interest in solar technology have inspired officials in Gaines to adopt an amendment to the township’s zoning ordinance which has put in place a set of basic regulations designed to govern the use of solar panels.

Trustees adopted the new regulations, which cover the placement and scale of individual solar panels installed by residents, as well as those installed as part of commercial-scale systems, during a board meeting on Oct. 8.

“In essence, if a homeowner or a business wanted to install mounted solar panels in accordance with the general guidelines, they could do so with the issuance of a building permit,” Township Planner Mark Sisson said.

“If they chose to install solar panels in the rear yard, those would be dealt with as a special use permit through the Planning Commission, so that covers the consumer-scale type of solar panel.”

Sisson said the regulations cover basic standards and special use requirements for commercial-scale solar farms, as well, which are allowed to operate in industrial and agricultural zones within the township.

“One example would be a farmer who chooses to lease 10 or 20 or 30 acres to an industry that is in the business of providing solar collection,” he said. “They could do so and that would be dealt with under these provisions. The larger operations would be by special use permit, so there would be a public hearing involving the neighbors and so forth; the basic ones … would be by building permit.”

Building officials will have some discretion as to whether or not solar panels are installed properly, Sisson said, as provided for under the regulations.

The township’s Planning Commission initially reviewed the regulations in August before holding a public hearing in late September and ultimately recommending their approval to the Township Board.