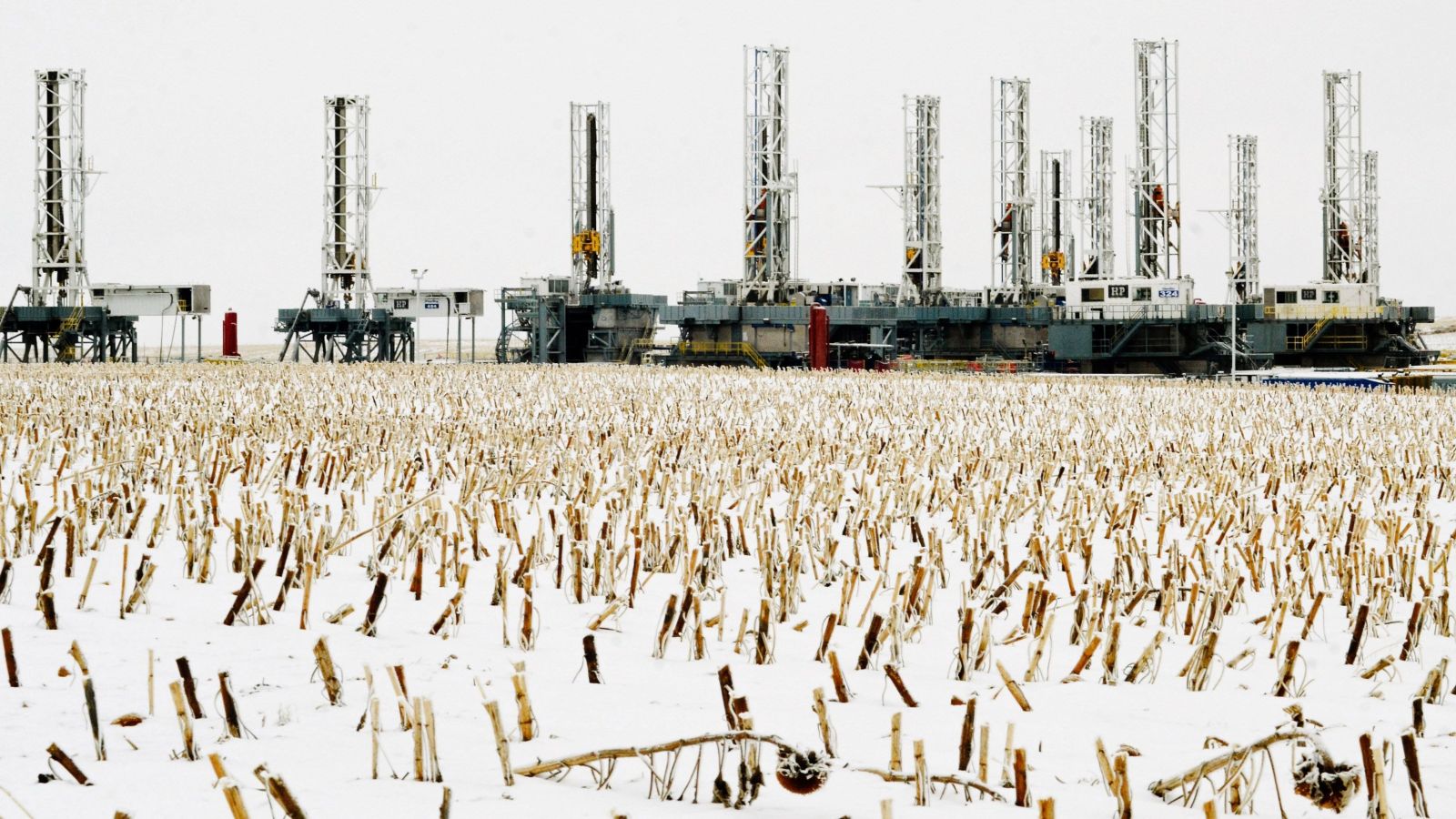 Now, 18 months later, Quartz can reveal the first two startups that BEV will be investing in: Form Energy and Quidnet Energy. Both companies are developing new technologies to store energy, but taking completely different approaches to achieve that goal.

The way to reach the world’s climate goals is straightforward: reduce our greenhouse-gas emissions to zero within the next few decades. But the energy technologies that can help us get there tend to need lots of money and long lead times to develop. That’s why many conventional investors, who are looking for quicker returns, have burned their fingers investing in clean tech.

The wealthy investors of BEV want to remedy that. Their $1 billion fund is “patient capital,” to be invested in only companies working on technologies capable of cutting global carbon emissions by at least 500 million metric tons annually, even if they may not provide returns on investment for up to 20 years.

That’s why many of the experts Quartz spoke to have been eager to find out what startups BEV backs. The choices BEV makes will likely shape how others think about energy innovation.

BEV’s first task was to assemble a group of experts, including academics, entrepreneurs, and industry specialists. In 2017, these experts announced a list of energy technologies they believe were both underfunded and extremely promising in emissions reduction: grid-scale energy storage, zero-carbon liquid fuels, micro grids, low-carbon building materials, and geothermal energy.

Quartz saw financial documents indicating BEV’s investment in two energy-storage startups. A BEV spokesperson confirmed the investments and said the company is actively looking to invest in other companies.

Energy storage can overcome the biggest limitation of modern renewable power: Solar panels and wind turbines can only generate energy when the sun is out or the wind is blowing. With better storage technology, that zero-carbon energy could be stored for cloudy or windless days.

The most widely used form of energy storage currently is pumped hydro. It’s an old technology that works by using excess electricity to pump water up to a reservoir when there is surplus energy, and then releasing the water to run turbines when energy is needed. But it has geographical limitations, requiring access to two reservoirs at different altitudes. Building those can cause a loss of biodiversity or force the migration of people settled in the area.

Quidnet’s technology uses water to store energy, but without the need for rivers or dams. Instead, it uses excess electricity to pump water into the underground shale rock found in new wells dug for the purpose or in abandoned oil-and-gas wells. After water fills up tiny cracks in the rock, forcing more in creates pressure, which compresses shale like a spring. When energy is needed, the pressure is let off and the water that gushes out is used to run turbines that re-generate electricity.

Before BEV’s investment, Quidnet had raised $1.5 million through the Clean Energy Venture Group and Prime Coalition. In 2016, the startup ran tests in Texas and Nevada to show that the technology can work. Next, it will use the $6.4 million raised through BEV and Evok Innovations on more field trials to develop the technology, which, according to Joe Zhou, the company’s CEO, can offer energy storage at much lower costs than pumped hydro, while avoiding the inherent disadvantages of building dams and surface reservoirs.

A new kind of battery

Over the last 20 years, the cost of batteries has fallen rapidly and consistently. It’s one reason why electric cars are slated to become cost competitive with gasoline-powered cars within the next decade.

Battery costs are measured in the amount of money needed to create a battery able to store 1 kilowatt-hour (kWh) of energy, which is a little less than the energy consumed by an average US house in one hour. In 2010, the cost of lithium-ion batteries, which is currently the most powerful and reliable type of battery chemistry, was about $1,000/kWh, according to Bloomberg New Energy Finance. By 2017, that had dropped to about $200/kWh.

But they only remain economical if used to supply a few—typically under four—hours of electricity consumption. If grid operators were to install more lithium-ion batteries in an effort to provide a many hours of backup electricity, they would have to compensate by charging a lot more for the electricity they provide across all hours.

Worse still, experts predict that lithium-ion battery costs will bottom out at about $100/kWh. The solution to store energy for weeks and months at a time then would be to develop batteries that can cost less than $10/kWh. Form Energy says it is working on a new type of battery that could break the $10/kWh threshold. 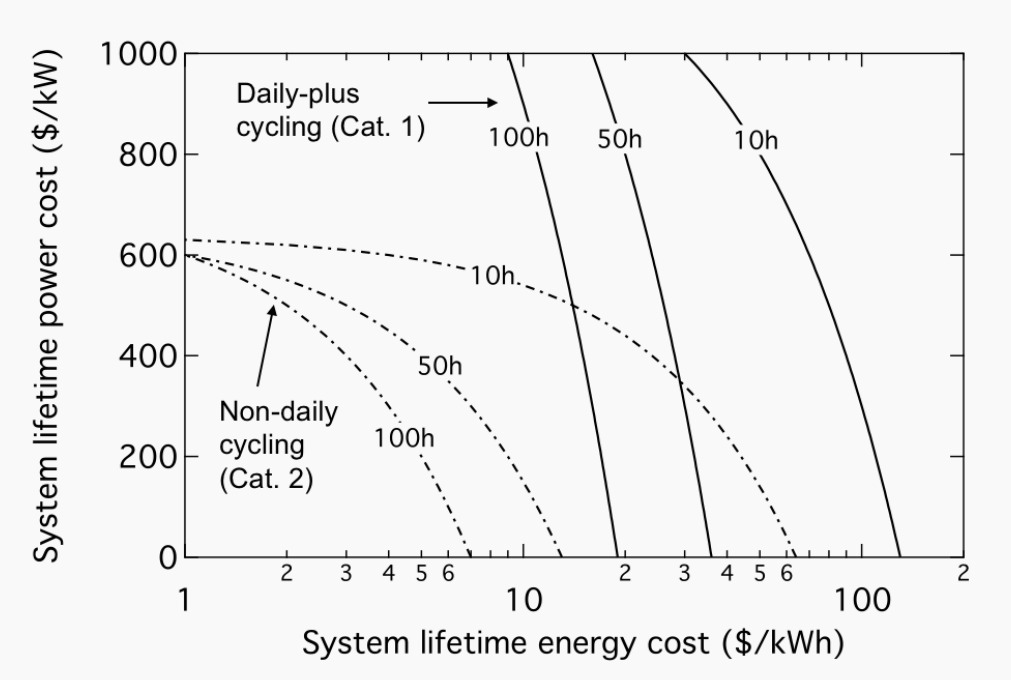 “If I were to create a battery company today, I would want the three founders of Form Energy in my team,” says Venkat Viswanathan, a battery expert at Carnegie Mellon University. These founders are Yet-Ming Chiang, an MIT professor who has founded five battery companies, including A123; Mateo Jaramillo, who created Tesla’s energy-storage group; and Ted Wiley, who previously co-founded battery company Aquion Energy.

So far, Form Energy has raised $11 million: $2 million from MIT’s Engine Fund and $9 million from BEV, Prelude Ventures and other small investors. “Thanks to lithium-ion batteries, storing energy for less than a day is a solved problem,” says Wiley, Form’s CEO. “Our goal is to find solutions to store energy for weeks, months, and maybe even across seasons at a fraction of the cost of current technology.”

Though Form won’t disclose technical details, Wiley says it currently has at least two types of chemistries he believes could enable the company to create cheap batteries capable of storing large amounts of energy for long durations. One of the candidate chemistries, Chiang confirmed, is a “sulfur-flow battery,” which he wrote about in some detail in the journal Joule in October 2017.

A battery is made of four components: two electrodes (cathode and anode), an electrolyte (which cycles the charge between the electrodes), and a separator (which enables the battery to release its energy in a predictable manner). The battery creates electricity as electrons flow between the electrodes, enabled by the energy-containing electrolytes and electrodes. In a flow battery, the electrolytes are liquid and are pumped in and out of chambers containing electrodes and the separator. Because of the extra equipment, flow batteries cannot be used in smartphones or electric cars. But they are a good solution for grid-scale storage. Many types of flow-battery chemistries have been developed, but Chiang’s uses cheap and abundant sulfur.

In his 2017 paper, Chiang writes that the technology can reach “the lowest chemical cost to our knowledge of any rechargeable battery”: less than $1/kWh. Add the costs of building pumps, pipes, and containers, the battery manufacturing cost could hit the target price of $10/kWh—about 1/10th the cost of the most advanced lithium-ion battery.

A graveyard of ideas

Startups of any kind fail more often than they succeed, and energy storage is a particularly difficult problem. Bill Gates would know. Before BEV, he invested in at least two very promising energy-storage companies, and neither had much success.

The first was Aquion Energy, which Wiley co-founded with Carnegie Mellon professor Jay Whitacre. It bet on “salt-water battery” technology, which, as the name suggests, used cheap ingredients. The startup grew large enough to build a manufacturing unit in the US and began to sell its batteries. But despite its cheap materials, Aquion’s salt-water battery couldn’t compete on pricing with lithium-ion batteries, which had many more players working on ways to cut costs and create a more efficient supply chain to scale up manufacturing. In 2017, after raising $190 million from Gates, Kleiner Perkins, and other investors, Aquion couldn’t rustle up any more money and it filed for bankruptcy. It was eventually acquired by a Chinese company which plans to move the manufacturing to China; its future is now unclear.

The second is LightSail Energy, founded by Danielle Fong, who was studying plasma physics at Princeton but dropped out to form the company. LightSail wanted to store energy in the form of compressed air. The technology itself is not new, but because compressing air creates heat, it leads to huge energy losses (not ideal if the goal is to actually store energy) and thus hadn’t become widely used. Fong claimed to have come up with a solution. But after six years of development and $80 million raised through Gates and other Silicon Valley luminaries, including Vinod Khosla and Peter Thiel, the startup said earlier this year that it has gone into “hibernation,” which isn’t a great sign for any company, let alone a startup with limited time to develop its technology.

But BEV’s investments could be different. Neither Aquion nor LightSail could get off the ground before investors ran out of steam and decided to stop pumping in more money to develop the companies’ technologies. BEV may stick around for longer. Founders of Quidnet and Form say that they are grateful for its “patient capital” and they are equally excited by the team of experts BEV has put together to support them.

The amounts each of the company has raised through BEV may seem small, especially when other energy-storage companies have raised a lot more. But for the early stage at which these companies currently are, those are big sums and signal a sense of confidence from the investors. If they succeed, BEV’s investments could help the world take a major stride in our efforts to beat climate change.