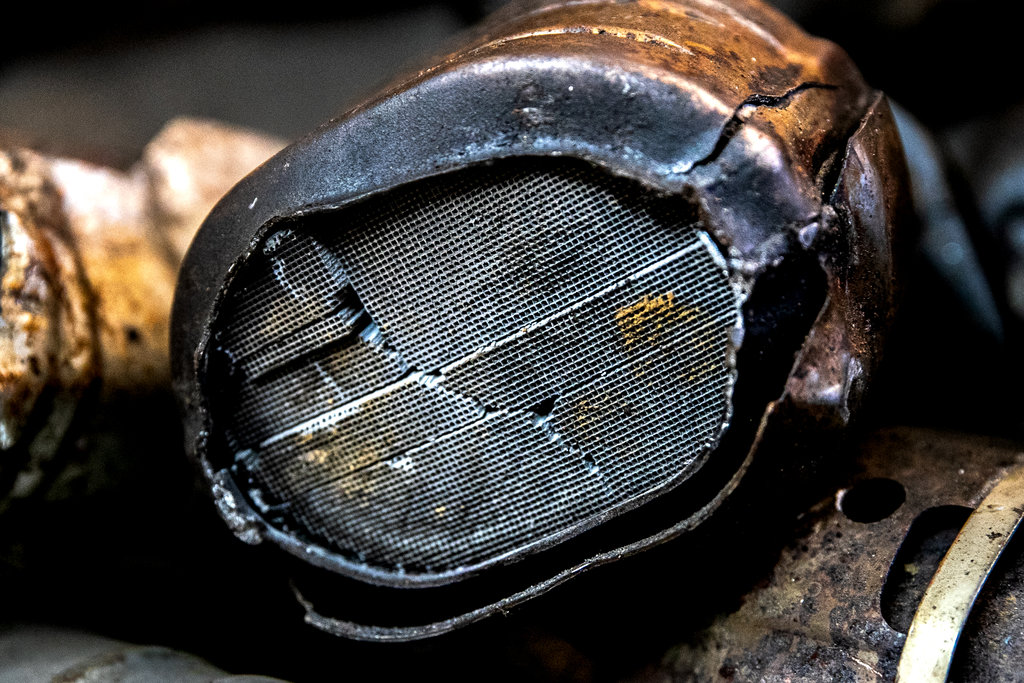 Gold was long the most valuable of precious metals, until, suddenly, it wasn’t.

Last week, an obscure and far less sexy rival called palladium swung ahead, for the first time in 16 years. Gold briefly retook the lead, but spot palladium prices have beaten out gold prices for the past three days.

Palladium hit a record high on Wednesday before settling in at $1,255.12 an ounce at the market close in London on Thursday, according to data from SP Angel, an investment research firm. Gold was $1,243.02 an ounce.

It is an impressive dethroning aided by economic shifts, antipollution legislation, union campaigns by mine workers and global trade negotiations. Until recently, palladium was perhaps best known for sharing a name with several popular entertainment venues and for powering the fictional arc reactor mechanism hooked up to Iron Man’s heart.

Its primary purpose is far less glamorous: More than 80 percent of the world’s palladium is used in the catalytic converters that help vehicles manage their pollutant output.

Palladium is one of the best-performing commodities of 2018. Its price has surged more than 50 percent in the past four months. Some dealers have sold out of the metal.

For at least the near future, palladium will most likely remain in high demand and short supply, experts said. Here, we explain how a metal usually ignored in favor of gold, silver and platinum has recently eclipsed them all.

A cousin of platinum and traditionally much less expensive, palladium is part of a family of metals known as the “noble metals” because they resist corrosion and oxidation.

Palladium was discovered in the early 1800s by William Hyde Wollaston, a British scientist. It was named after Pallas, a recently identified asteroid.

Silvery-white and durable, the metal is used in surgical instruments, dental alloys and in cellphones and other electronics. Jewelers like Jenny Windler in Berkeley, Calif., sometimes use it because it is hypoallergenic and “not too fussy to work with,” she said. Palladium was also less expensive than other precious metals like gold or platinum.

In the past few months, palladium men’s rings have been among the most popular search terms on her online store, Ms. Windler said. But she uses the metal in less than 10 percent of her products.

A price driven up by passenger cars

Increasing efforts to regulate tailpipe emissions in the 1970s paved the way for palladium’s gradual popularity.

The metal, along with platinum and rhodium, helps keep toxic exhaust in check by reacting with carbon monoxide, hydrocarbons and nitrogen oxide to make them less harmful. For decades, palladium has been a major, but largely unseen, component of cars.

A shift away from diesel vehicles, whose catalytic converters rely more heavily on platinum, has intensified the demand for palladium, especially in Europe. Sales of gasoline-fueled cars had surged for several years until this year. Tighter emissions regulations have led automakers to use more palladium.

Demand for the metal for catalysts will reach a record high of 8.5 million ounces this year, according to the consulting firm Metals Focus.

But car sales are beginning to soften. In the United States, drivers are keeping their cars longer and, faced with rising interest rates, are hesitating to replace them. President Trump is pushing ahead with his proposal to significantly roll back emissions rules for cars and light trucks.

In China, demand for palladium could be tempered by worries about the slowing economy, tariffs by the Trump administration and curbs on lending to consumers.

Palladium is extremely rare, mostly generated as a byproduct of platinum mined in South Africa and nickel mined in Russia. Palladium’s price spiked in the early 2000s in reaction to disruptions in supply from Russia and increased interest in catalytic converters.

Demand for palladium has steadily increased for eight years and is expected to outstrip supply by 1.2 million ounces in 2018, and Metals Focus has forecast “further, sizable deficits to come.” As supply tightens, palladium’s price has climbed.

In South Africa, contentious wage negotiations with unionized miners and complaints about hazardous working conditions in recent years have resulted in strikes (and occasionally violence) that have sometimes stymied production. Many mining companies are loaded with debt and trying to cut costs, analysts said.

“The political environment for running platinum mines in South Africa, and the economics, have been getting worse and worse,” said John Meyer, a mining analyst at SP Angel. “Platinum mining has fallen a long way: It’s difficult, it’s dangerous and it’s extremely difficult to run.”

Sibanye-Stillwater, a South African company, runs the only commercial palladium-generating mines in the United States and expects to produce 468,000 ounces this year from its Montana facilities.

A growing percentage of palladium comes from recycling. The metal is usually stripped from old catalytic converters and electronics, smelted and refined for reuse.

Who invests in palladium?

Most palladium is sent straight from the mine into the automotive supply chain. Although the federal government began issuing an official one-ounce palladium coin last year, palladium is “not a big bar-and-coin market,” said Philip Newman, the director of Metals Focus.

Investors are generally involved in palladium futures or exchange-traded funds. The metal, Mr. Newman said, is “a niche.”

Even as the prices for most other metals struggled this year, palladium hit high after high. Experts expect it to stay elevated for at least a few months.

But coming investments by mining companies and shifts in clean-air technology could cause the price to slip.

In Russia, the Norilsk Nickel mining giant indicated this week that it would spend more than $12 billion to raise production over the next five years. The company is the world’s largest producer of palladium.

Investors might move into gold and other safe-haven assets as they digest predictions of slowing global growth, the roiling equities market and the fading effects of last year’s tax cuts in the United States, analysts said.

And the push toward cleaner vehicles could result in more electric cars, which do not require catalytic converters. Electronics and automotive companies, such as Toyota, are developing technologies that use fewer precious metals.

“The last thing any of these companies want is huge swings in prices,” Mr. Savant said.