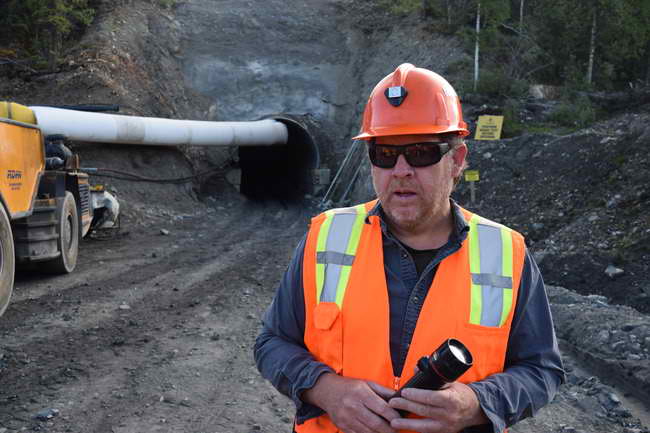 The silver market is struggling to gain traction as prices are at the bottom of their range near a six-month low, but there is growing optimism in Canada’s largest historic silver district.

In an interview with Kitco News, Brad Thrall, president of Alexco Resource (NYSE: AXU, TSX: AXR), said that the Canadian silver market is probably in better shape now than compared to the heydays of 2011 when global prices were at an all-time high of $50 an ounce.

He added that there is more to the value in the marketplace for silver producers than just the price of the precious metal.

“There are a lot of things that make the silver market comfortable for us,” he said.

Thrall explained that one of the most significant advantages of being a Canadian silver producer has been the price of the raw commodity in Canadian dollar terms. While silver priced in U.S. dollars is hovering below $16 an ounce, the Canadian price has been relatively stable, with prices hovering above $21 an ounce.

A second factor that is helping to support the silver market is rising zinc prices. Thrall added that although Alexco will always be a silver producer, the company also produces lead and zinc as by-products. While off its highs, zinc prices saw record highs at the start of the year as the market has been in a strong uptrend since January 2016. Zinc prices last trading at $1.33 per pound.

The third factor supporting the silver market is smelter costs, said Thrall. Alexco, when it is back in production, will create a silver-lead-zinc concentrate that will be shipped to a smelter to be produced.

Thrall explained that smelters are desperate for raw material and as a result mining companies are seeing fees drop by more than one-third from previous years.

Currently, Alexco is in the final processes of permitting and Thrall said in a presentation that the company hopes to make a production decision before the end of the year.

“I think when you combine all these things, they make the market attractive, compared to looking at just the silver price,” he said. “There are certainly many factors we will look at before we make our production decision.”

While the U.S. silver price has been frustrating for investors, Thrall added that he thinks it is only a matter of time before the market enters a long-term uptrend as demand for the precious metal continues to grow and supply continues to decline.

Thrall added that once his company gets all the permits in place and makes a production decision, it won’t take long to get the mill up and running as the company has completed a lot of the preliminary work. If everything moves smoothly, the company could see new silver production by early 2019.

“The runway to production is going to be very short,” said Thrall.

Alexco halted its silver production in 2013 because of low silver prices and underused mill capacity. Since then, the company has been aggressively exploring and is close to identifying nearly 100 million ounces of resource.

Alan McOnie, vice president of exploration, said that the Keno Hills Mining district also provides important value for the company. He noted that in 100 years, the region had produced more than 200 ounces of silver.

“There is still a lot of untapped potential in the district,” he said. “We are just scratching the surface.”

Alexco recently hosted a site visit as part of the joint initiative from the government of Yukon and the Yukon Mining Alliance to promote the territory’s growing resource sector.