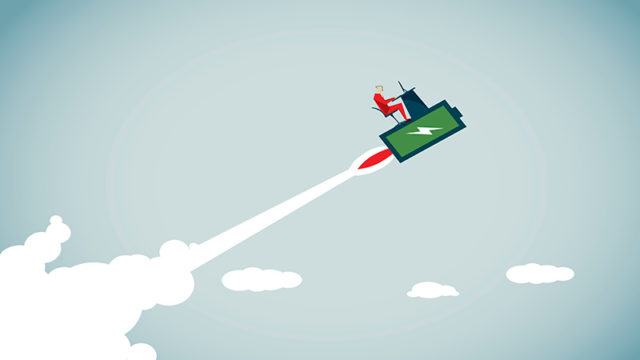 Production of lithium-ion batteries is increasing exponentially and will drive long-term demand for materials such as lithium, cobalt, graphite and nickel, investors were told at a BenchMark Mineral Intelligence conference in Perth on Monday

“In September that number had already increased to 45. This shows where the investment is going.”

“The money is going into the mega factories, and it’s going into expanding the lithium industry by four or five times.

“If I am a car company, I want technology that is good enough and cheap enough that I can make EVs on a massive scale. At the moment, that is lithium ion.”

Despite this projected growthm there remained a “disconnect” between the stockmarket and “real lithium producers”.

The likes of Tawana, Kidman and Pilbara Minerals — which is ticking all the boxes at its Pilgangoora project in the Pilbara — have seen share price discounts.

But as the battery industry gears up for the mass adoption of EVs, automakers were still looking to secure long term, high quality lithium supply from producers.

Pilbara Minerals, for example, is increasing lithium production at Pilgangoora because its customers are demanding more product.

And Kidman made history earlier this year when it became the first Australian lithium miner to strike a supply deal with American electric car giant Tesla.

“We are coming into a period where it’s a great opportunity for battery companies to sign long-term deals with miners, because prices are slightly lower — and it’s not going to be that way for long.”