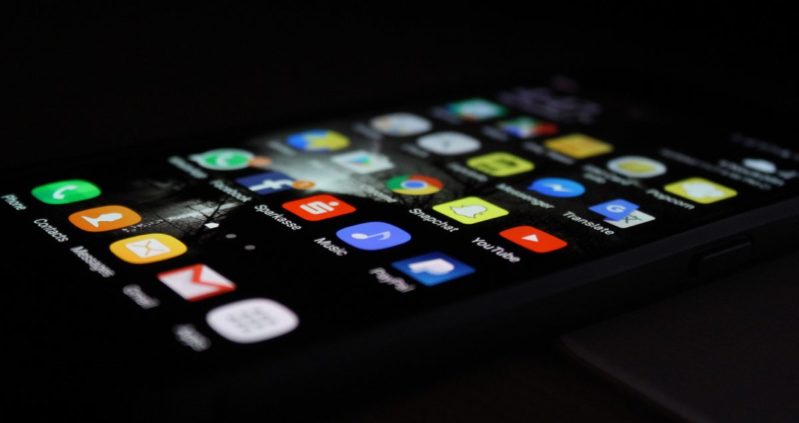 One simple element is dominating the smartphone industry this year, and it’s not kryptonite or some rare earth metal. It’s something all smartphone makers have but want more of – glass.

And no, there isn’t a shortage of glass panels for screens. Instead, I’m talking about the latest smartphone trend – ‘screen-to-body ratio’. Put simply, all major smartphone manufacturers want to be the first to have a phone with no top, bottom or side bezels, just pure glass (a 100% screen-to-body ratio).

We have already seen this trend with flat screens TVs, which traditionally had chunky bezels all around. Now it’s common for TVs to sport near-borderless screens like the LG wallpaper TV.

Smartphones have also evolved since the early days; after all, look how far we have come since the original iPhone in 2007. Back then, smartphone makers were primarily concerned with making them fast and packing the phone with as many features as possible.

Then, we reached a point where pretty much all phones became fast. Think about it, when was the last time you picked up a flagship phone and noticed it was slow? That’s because most models use slight variations of the same processor and internal components.

Next was the camera. Again, smartphone cameras became better and better until they virtually eclipsed the budget ‘point-and-shoot’ camera market. Now it seems strange if a phone doesn’t include at least two rear-facing cameras.

Recently, smartphone manufacturers have turned their attention to the next hurdle. How do they make a smartphone that has all glass on the front?

The Samsung S8 kickstarted the race, with a stunning screen-to-body ratio of about 84% – not bad.

Then came the Essential phone, which was designed by the co-founder of the Android operating system, with an almost 85% screen-to-body-ratio. It was also one of the first phones to have a small ‘notch’ at the top of the screen.

Finally, Apple had to take a seat at the table and released the iPhone X, the first phone that didn’t include their trademark top and bottom bezels. However, there was a catch: the controversial ‘notch’ which resulted in a screen-to-body ratio of ‘just’ 83%.

Two hurdles are preventing the likes of Apple and Samsung from achieving a 100% ratio – the front-facing camera and security.

Lesser known smartphone makers Oppo and Vivo have devised their own solution to these problems, achieving a 94% and 98% screen-to-body ratio respectively.

Both companies placed the front-facing camera in a small mechanical pop up that is activated when the user opens the camera app. As for security, the Vivo has a fingerprint reader built into the screen, while the Oppo relies on a facial scan like the iPhone X.

The in-screen fingerprint reader is a very cool solution, but the sturdiness of a pop-up camera is questionable. But perhaps most importantly – does screen-to-body ratio matter?

While borderless phones are undeniably beautiful to look at, they tend to suffer from many compromises that do not seem worth it, at least currently. Maybe the rumoured Samsung foldable phone will shock the world and put an end to the debate once and for all.

To my eyes, the S8 has a great balance of screen real estate, key features and rigidity. But for now, smartphone makers seem determined to be the first to reach a 100% screen-to-body ratio, at least until they find the next fad.