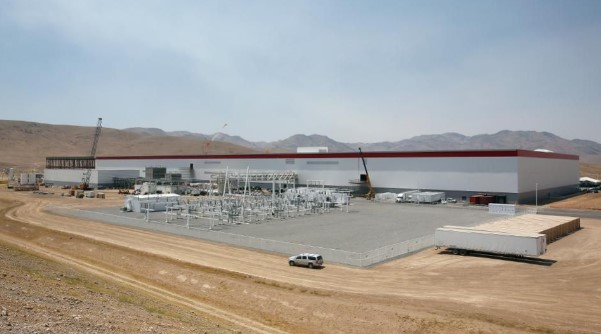 Tesla’s Gigafactory will soon be the largest covered building ever built and, with the permission of the Chinese company BYD, the largest battery factory in the world in what has become the fight to control of one of the most important technologies for the future. Tesla’s joint venture with Panasonic will make it one of the most relevant players in the field, a household name with greater capacity for expansion in an increasingly dynamic and contested market that goes far beyond the automotive industry, configuring one of the key industries in the transition to a world fueled by clean energy.

While European industry will increasingly depend on the Chinese to develop its battery capacity, and a range of countries court Elon Musk to build another Gigafactory in their territory, there is clear evidence of the suitability of lithium-ion technology as a solution to the problems posed by the supply of electricity from renewable sources, while the alleged problems posed by the doomsayers regarding the scarcity of this material are being solved through new developments to improve recycling: the clear difference that makes electric batteries superior to fossil fuels is that we do not have to burn — and eventually breathe — any of its chemical components.

But as electric vehicle autonomy increases and transportation-derived emissions fall, it’s increasingly clear that battery technology is subject to fewer limitations: Teslas have been on the road for more than a decade, clocking up hundreds of thousands of kilometers, while their batteries last much, much better than the critics of electric vehicle technology presaged.

But the key for Tesla is looking beyond the automotive industry. In Australia, the huge battery station that Tesla built to balance the electric grid has achieved savings that put it on track to write off a third of its cost during its first year of operation. Battery manufacturing is set to become one of the most important industries on the planet, and whoever dominates it will occupy a privileged place in many ways, supplying a wide variety of industries from vehicles to household goods, as well of course as electricity generation. Twelve years ago, when he described his company’s “secret master plan”, Elon Musk spoke not only about making cheaper electric cars, but included a third point, which was providing the means to generate zero-emissions electricity, a point that many pundits missed amid the hullaballoo over Tesla cars. The key for Tesla’s future is “hidden” in plain sight: a humongous building in the Nevada desert that will soon be replicated in other parts of the world.

Today, with the company in the black, it turns out that battery production has been the key to its strategy: the reason why auto industry veterans like Bob Lutz could not understand Tesla’s road map was because Tesla isn’t a car company, it’s a battery company. Tesla isn’t a car manufacturer competing with other automobile manufacturers to transport people or goods; Tesla’s vehicles are consumers of the company’s main product: batteries, which are also used in huge storage power stations, homes and for all types of electrical installations. In the years to come, that market will be much more important than an automotive industry that, in its evolution from consumer product to a service, will require fewer units and rid the world of an excess of private vehicles currently gridlocking our roads and fouling the air we breathe.

In other words, rethink your models and your spreadsheets: stop seeing Tesla as a carmaker and start understanding that the company has much more ambitious plans for the future.