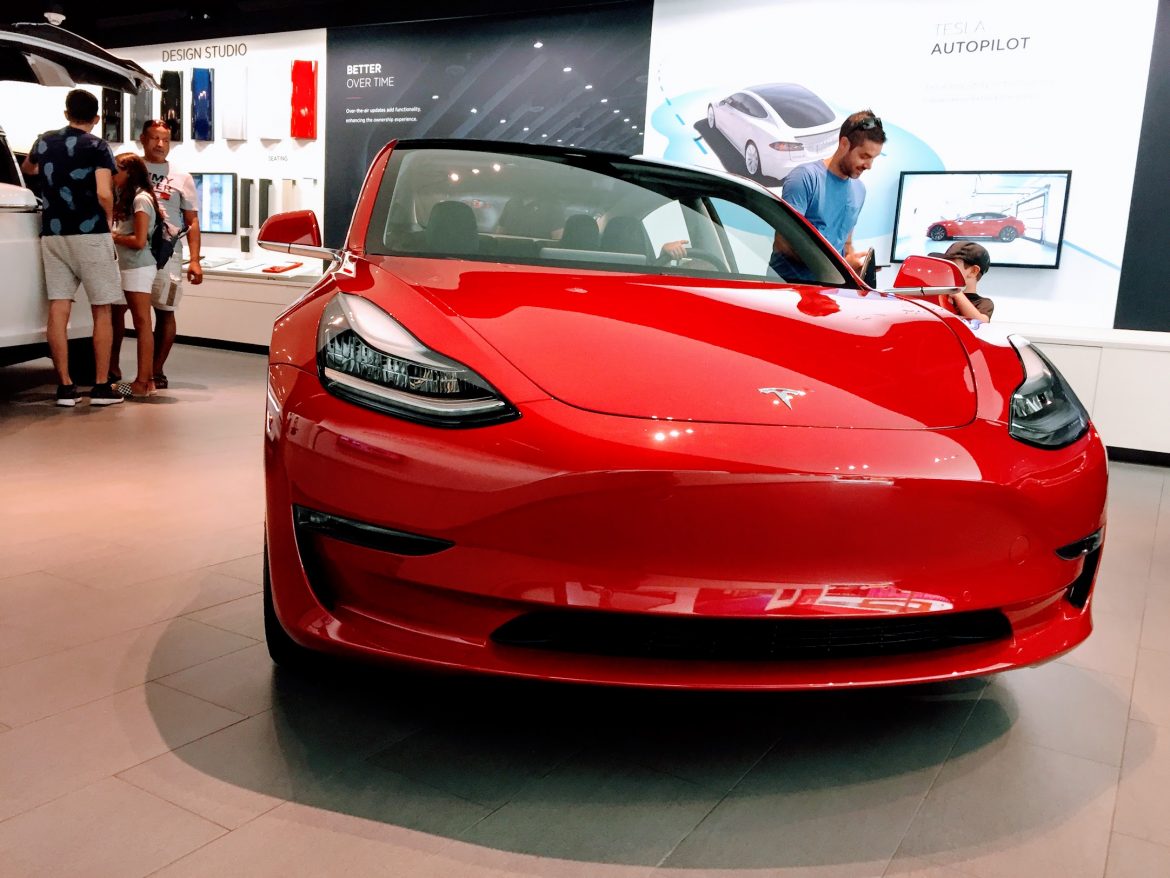 A “cobalt drought” didn’t seem like a factor in electric vehicle (EV) manufacturing just a few years ago. After all, as recently as 2013, the Union of Concerned Scientists felt the need to educate the public about what a good fit EVs would be for up to 42% of US households. Back then, EVs were a mystery to most people, and the name Elon Musk was not yet a household word.

A lot has changed in 6 years — including the tenuous relationship that EV manufacturers and EV battery manufacturers like Tesla have with the cobalt supply chain. Cobalt, an essential element in lithium-ion batteries, is filled with geopolitical risks due to mining, refining, and use problems. Tesla’s ever-increasing production goals are dependent on reliable cobalt supply in large volumes … for now, at least.

Bloomberg’s Tesla Model 3 Tracker tallies 66,773 total cars and 5,321 this week alone. Demand for the Model 3 is making it clear to skeptics that Tesla is much more than a niche market automaker. Evident widespread EV acceptance has elevated the all-electric car company from myth to mainstream. Yes, previous Gigafactory I bottlenecks in the production of the Model 3’s batteries accounted for delays, but that now seems like a distant memory.

Or is it? Could a cobalt supply challenge become an impediment for Tesla’s Model 3 grand ambitions?

Tesla’s production ramp continues to fill the headlines, even as the company contemplates a transition to private status. Only 3 months ago, Tesla flew in 6 planes full of robots and equipment from Europe to California to speed up battery production for the Model 3. But aside from robotics snafus, could cobalt supply also be creating a problem — or could it create one in the future?

As Tesla seeks funding to move away from public reporting requirements, and as Saudi Arabia’s Public Investment Fund (PIF) has built a significant stake in Tesla this year, one thing is certain: For many investors to support Tesla’s move to the private investment sector, they must have confidence that Tesla can continue to expand production and create exponential growth.

Tesla’s ability to lead the EV automaker field is contingent on its lithium-ion battery cell manufacturing capacity. Dependable material supply chains are essential for Tesla’s Gigafactory, and that still includes cobalt, even though Tesla is working to move to cobalt-free batteries.

According to the International Monetary Fund, there could be “potential cobalt and lithium scarcities that could slow the rollout of electric vehicles,” but analysts at Bloomberg New Energy Finance have told CleanTechnica they don’t see that as being the case. Either way, this is certainly a topic on many minds.

The Tesla/ Panasonic/ Sumitomo Cobalt Connection
Cobalt’s high melting point (1,494 degrees centigrade) makes it an ideal material for making lithium-ion batteries. It stabilizes the battery, prevents fires and explosions, conserves battery strength, and extends battery life. Around 54% of the world’s cobalt supply comes from the Democratic Republic of Congo (DRC). A 2017 report from Morgan Stanley projected as many as 1 billion EVs could be on the road by 2050, which will put more pressure on the DRC’s precious metal.

Due to cobalt’s high price tag, manufacturers have often attempted to replace cobalt wherever possible. When Tesla was designing the Model S, it decided to upgrade its battery chemistry from the lithium-cobalt-oxide (LCO) cells it used in the original Roadster to the newer generation of lithium-nickel-cobalt-aluminum-oxide (NCA) cells. The NCA formula incorporates more nickel (n) and manganese (m) and less cobalt (c) in the cathode. The primary advantages of the chemistry upgrade were increasing cell-level specific energy, improving thermal stability and safety, and reducing cell costs.

Sumitomo’s NCA relationship with Panasonic showcases Sumitomo’s core competencies in metal mining, smelting and refining, and advanced materials processing. Over the last 4 years, Sumitomo has completed 3 capacity expansions at its NCA cathode powder production facilities in Niihama City, Japan. Even with expansions, however, the company does not have the refined cobalt supplies or processing facilities to produce greater volumes.

In 2013, Tesla and Panasonic signed a historic lithium-ion battery cell agreement that expanded their 2011 agreement. Today, every Tesla EV uses NCA cells, and the Tesla NCA technology is owned by Panasonic and Sumitomo Metal Mining. NCA continues to be the energy density leader.

In 2018, Panasonic announced that it was in the process of developing cobalt-free EV batteries. Panasonic, the world’s largest automotive lithium-ion battery manufacturer and Tesla’s exclusive battery cell supplier for the Model 3 sedan, produces the cells at the joint Gigafactory 1 in Nevada. While Tesla/Panasonic and many other companies are seeking ways to replace cobalt altogether with other materials, the field is at least a few or more years away from being able to do so.

The rapid growth in the demand for rechargeable batteries has now driven up cobalt’s as well as lithium’s prices and given rise to concerns about potential cobalt and lithium scarcities that could slow the rollout of EVs. An International Monetary Fund blog this week offered some data about the fluctuations of cobalt demand and cobalt drought.

The International Energy Agency (IEA) expects cobalt demand for EV batteries to soar 10–25× by 2030 and is very concerned that a single poor nation with the historic instability of the DRC controls 68% of global cobalt supplies.

Foreseeing supply and pricing trends leading to a cobalt drought, the Tesla/Panasonic team has already reduced cobalt to a considerable level in its NCA batteries. Yet it’s unclear how much supply issues could pose a risk for the company in the near term.

has never been a company that is stymied by the present, no matter how tumultuous. In the same way that the IMF suggests that increased cobalt recycling and new primary production mining techniques could limit cobalt price volatility and a likely cobalt drought, Tesla has always been a company looking for alternatives to traditional manufacturing challenges. Its relationship with Panasonic continues to be strong, with a Panasonic executive stating in July that its company is considering additional investment in Tesla’s Nevada Gigafactory.

As battery technology improves and proponents of solid-state batteries continue to convert research into reality, smaller and more-energy-dense batteries that do not need cobalt come closer to implementation.

That is the future toward which those investors who are courting Tesla are moving.