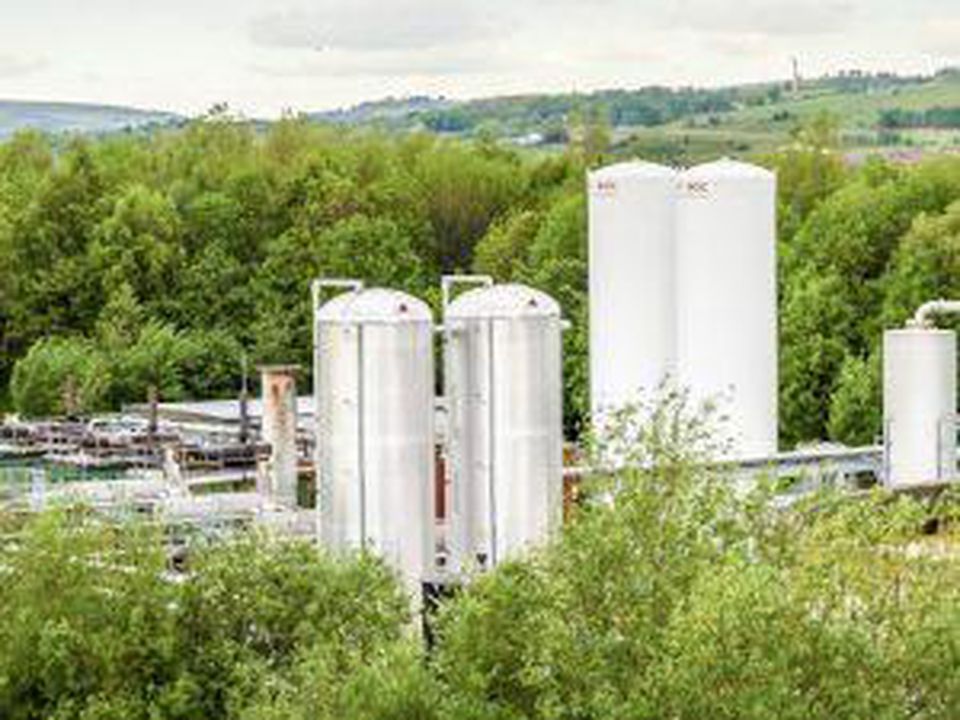 In early June, Highview Power announced that it had officially launched its first grid-scale liquid air energy storage (LAES) plant at the Viridor Pilsworth site in Bury, United Kingdom (just outside of Manchester). This five megawatt (MW)/15 megawatt-hour (MWh) facility is on the small side to truly earn the title of grid-scale, but that may be beside the point. The critical issue to consider here is that this new technology may ultimately prove to be a cost-effective long-duration energy storage resource that is – unlike compressed air energy or pumped hydro – geographically independent.

Three weeks after the June launch, Highview announced the hiring of Javier Cavada, who had previously served as President of Finnish energy giant Wärtsilä’s Energy Solutions division and Executive Vice President, as their new CEO. Cavada had overseen impressive growth in that division over the past three years and spent 17 years at Wärtsilä. These two announcements were enough to pique my curiosity, so when I had a chance to interview Cavada as well as Highview’s Director of Business Development, Matthew Barnett, I jumped at it.

There have been multiple long-duration energy start-ups and a few corporate corpses on the road (flow battery companies Enervault, Imergy, and Vizn – all of whom I have covered in past Forbes pieces – spring to mind) in recent years. There are also only a limited number of flow battery sites in operation.

Meanwhile, pumped hydro storage can deliver both capacity and energy, and represents about 95% of the country’s energy storage. As of 2015, the U.S. Department of Energy estimated that there are 50 projects that could deliver 40,000MW of additional storage capacity. But none have been built recently, and the Sacramento Municipal Utility District recently canceled its 400 MW pumped hydro project citing costs and financial risks. Pumped hydro also requires access to significant quantities of water, elevation, and an enormous amount of environmental permitting to withdraw water and construct reservoirs. So that resource probably won’t be the solution to the long-duration problem.

For its part, conventional compressed air energy storage requires enormous tight caverns – and there are simply not too many of those projects around (exactly two: one in Germany and the other in Alabama).

Lithium-ion: good for capacity and less so for long-term energy storage

Finally, lithium-ion is growing rapidly as a storage medium and is already found in multiple projects supporting renewables, supporting the grid, and displacing conventional resources. It’s a critical player in the storage sandbox. In fact, Pacific Gas & Electric recently requested permission from the California Public Utilities Commission for 568 MW/2270MWh. However, these lithium-ion based projects typically don’t support more than four hours of energy for every MW of capacity installed, so they won’t yet go the distance. I was, therefore, curious to find out why Highview might be different, and why they might succeed where others have encountered difficulties.

The company and the technology

In a conference call linking Cavada (in South Korea) with Barnett (in Italy), the two focused on what makes Highview different. A brief discussion of the process itself might help to illustrate the inherent advantages:

The company uses large industrial compressors to take the surrounding air and chill it to -196 degrees Centigrade, where it becomes a liquid. The liquid air is then stored in large off-the-shelf industrial gas tanks from either the liquid air industry or liquefied natural gas industry, depending on the scale of the undertaking. Then, when capacity, energy, or both are needed, the liquid is re-gasified. It expands 700X through a non-combustion turbine, which exports electricity back to the grid. On a stand-alone basis, round-trip efficiency hovers around 60%, because waste heat is created during the process of compression and cooling is created during the expansion of the liquid air (think of an aerosol can that cools as you spray it). Very cold air running through a turbine simply does not generate as much energy as warmer air will.

However, Barnett indicates that if the facility is co-located in tandem with industrial facilities that create waste heat – such as a peaking plant where you can get heat from the exhaust stack – then you get up in the low 70% efficiency range. With a higher grade of heat, the efficiencies can be pushed into the 80% to 90% range. By the same token, access to waste cold like what you might find during the regasification cycle in an LNG plant can help increase efficiencies during the compression process and offset electrical input.

The attraction of the technology, Barnett notes, is that it uses off-the-shelf components for all of the critical elements, guaranteeing “a huge global network of manufacturers, installers and operators of very similar equipment, and a ready-made supply chain and infrastructure…”

In addition to the supply chain, which relies on well-established global manufacturing and installation companies (the company announced a partnership with SNC Lavalin in February), Barnett asserts that the other advantage is that the technology “is not a black box.” It’s the sort of asset that operators, merchant generators and wires companies are familiar with owning and operating, with a similar life expectancy. “It’s also somewhat less complex than chemical storage, as it’s a passive asset,” Barnett says.

It is literally a tank of cold air. Clients like that aspect of the technology. They see, understand and know how it works and is maintained, as well as its life expectancy.”

Comparisons with other technologies

In Japan, he indicates, hydrogen is mainly being looked at for transportation, while in Europe they have a gas network in place where one can inject hydrogen, top up the gas system and use it as a seasonal storage medium. However, he notes that cost is a prohibitive factor since the electrolysis process for making hydrogen is expensive.

As far as cost comparisons go, he indicates that the Highview technology costs are most frequently compared to lithium ion and flow batteries. Lithium-ion’s disadvantage is its dis-economy of scale: to get four times as much energy, you need to buy four times as many batteries which increases the cost in a somewhat linear fashion (though you do have economies of scale with the balance of system costs).

To get more energy out of a liquid air system, one simply adds more tanks. Flow batteries have similar dynamics in that the power and energy ratios can be separated. The downside with flow batteries, Barnett comments, is that they have a lower energy density and involve exothermic reactions which use chemicals, and they require active management. LAES does not use a chemical reaction and does not suffer from degradation.

Depending on the ratio of energy to capacity, Barnett indicates that Capex costs for a utility-scale project are in the sub $200/MWh. The higher the energy to capacity ratio, the more the costs fall, as additional tanks cost about $40/MWh. Levelized costs are generally expected to run in the $150-160 MWh once one gets to a certain scale (that compares well with other storage media: for a good comparison with other storage technologies, see Lazard’s 2017 Leveled Costs of Storage Analysis). Barnett comments,

For us 20 MW gets economically interesting. With 50 MW, costs really come down as the technology scales up, both from the power side and on the recharging device, which are the compressors. The same laws apply. Big systems are cheaper and more efficient.”

With time, experience, and scale, he expects costs to continue to fall.

Another part of the puzzle is that approximately 40% of capex is build cost. It’s pipework, heat exchanger sub-assemblies. It’s plumbing basically, and a huge area to take costs out and make more efficient, and to significantly reduce the time it takes to build.”

Use cases and prospects

Recently minted CEO Cavada indicates that there are multiple use cases currently being considered. Island economies are one such area, where long-duration storage can be paired with wind and solar to even out fluctuations and shift deliveries to periods when the grid needs the energy. Highview can offer frequency support and spinning reserve as well as longer-term energy supplies. He notes that one has to solve for multiple problems.

Because power and energy are different things, we can optimize a liquid air energy storage system to address the problem on a particular grid. We are approaching this from a dynamic modeling perspective. Wind is a good example of this use case.”

Cavada cites his experience in Hawaii with Wärtsilä, where investments were made in diesel generation to support the grid in integration of more renewables.

Every island is the perfect spot for this kind of technology. Highview is well positioned, as the market is already demanding long duration storage.”

He states that the company has a strong pipeline of prospects, with many of these located in the U.S.

We are mature enough to get spade-ready by the end of this year. These projects are not at the bottom end of the scale, they are 50 MW and 4-6 hours in duration.”

Barnett indicates that although Pilsworth is small at 5 MW, having an actual facility in operation is like having a shop window.

From the client side, it’s great to see it working, clients can see and touch and have engineers crawl all over it. It’s also heavily wired for data acquisition to validate how the system operates.”

Finance-ability and prospects for future growth

One knock on the non-lithium storage technologies is that many of them are tied to start-ups with new technologies, shallow pockets, and limited balance sheets. Barnett counters this with the assertion that Highview’s network of large industrial partners takes care of this problem since the consortium of companies actually delivering the projects will,

Cavada sums up the potential and the reason he left the relative stability of Wärtsilä for a storage start-up, citing a future energy storage market widely believed to be between $600 billion and $1.1 trillion by 2040. Much of this, he states confidently, will require storage with a duration lasting beyond 4 hours and it’s a huge opportunity for Highview to make its mark.

It’s a market that’s booming, that is growing exponentially fast…this technology will be crucial from a size point of view for energy storage growth that is going to be taking over back-up capacity and providing multiple services to the grid…every utility and investment plan will need long duration storage in investment plans going forward…it’s doable and it’s needed, and we have the biggest demand going forward for this technology. So this is really behind the reason for my move. Believe me, we are going to make it.”