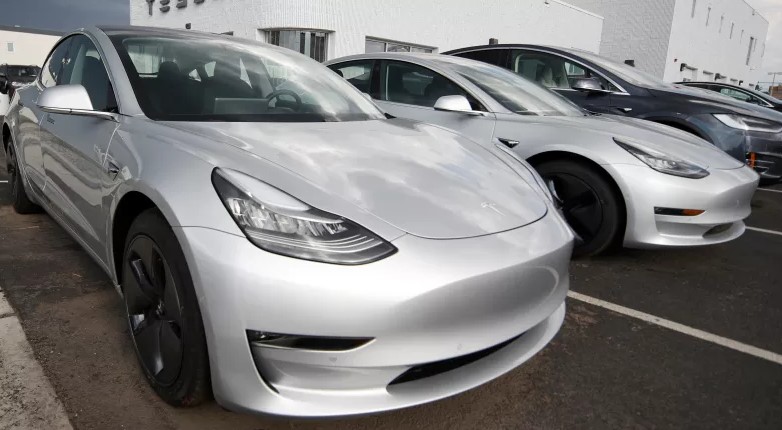 John Barrasso, a Republican senator from Wyoming, got over $400,000 from the oil and gas industries in the last election cycle, more than anyone in Congress, according to the nonpartisan Center for Responsive Politics. So it’s something less than a surprise that on Tuesday, Barrasso introduced legislation to wipe out the federal electric vehicle tax credit.

The legislation, titled the Fairness for Every Driver Act, proposes to not only eliminate the $7,500 tax credit for new EVs, but also impose a federal “highway user fee” on alternative-fuel cars. That fee would be collected when owners of alternative-fuel cars file their taxes.

This seems to be, in simpler words, an attempt to charge federal gas taxes on cars that don’t use gas, since the “user fee” would be average tax charged for gasoline on cars in the same category.

How much might it be? Here’s the relevant language from the legislation itself. (You can read the full text here.)

‘‘(1) IN GENERAL.—The fee imposed under subsection (a) with respect to any alternative fuel vehicle shall be the product of—

‘‘(A) the average gallons of fuel consumption per vehicle for motor vehicles in the same category as such alternative fuel vehicle, multiplied by

‘‘(B)(i) in the case of an alternative fuel vehicle in a category of vehicles which are ordinarily powered by gasoline, the rate of tax under section 4081(a)(2)(A)(i) in effect for the first day of the calendar year, and

‘‘(ii) in the case of an alternative fuel vehicle in a category of vehicles which are ordinarily powered by diesel fuel, the rate of tax under section 4081(a)(2)(A)(iii) in effect for the first day of the calendar year.

The federal gas tax is currently 18.4 cents per gallon so, meaning that if you drive 15,000 miles a year in a car that gets 25 mpg (about the average for all new cars and trucks) you pay $110 a year in federal gas taxes, according to my own back-of-the-envelope math. So Barrasso’s “user fee” would likely be somewhere in the neighborhood of that, to be deposited in the Highway Trust Fund, which helps pay for road construction and, in smaller amounts, mass transit.

“The electric vehicle tax credit largely benefits the wealthiest Americans and costs taxpayers billions of dollars,” Barrasso said in a press release. “My legislation levels the playing field for all drivers across America. Gas, electric, and alternative fuel vehicles use the same roads. All should contribute to maintain them. My bill supports the Highway Trust Fund by making sure all drivers pay into the account that improves America’s roads.”

But is any of this a good idea? I think not. Tesla and General Motors both run the risk of losing that tax credit soon, and nearly all automakers with a dog in this hunt have advocated for keeping it. The idea is that as every major manufacturer looks to pivot to electric vehicles in the next decade, incentives should exist to encourage people to adopt them. That also helps with their inherently higher costs, at the moment, as EVs don’t yet have the economy of scale that gas cars do.

Any honest appraisal of America’s transportation system shows that we need far more electric vehicles on the roads, not fewer. And gas taxes should be far higher, not only to better maintain our crumbling infrastructure and build more mass transit, but also to discourage driving gas-powered vehicles and push people to consider electric cars more.

It’s possible, maybe even likely, that this bill will go nowhere, though it’s impossible to predict anything these days. But even planting the idea in Congress might have been worth it for the oil and gas industry, since $400,000 is chump change when you’re making billions in profits.