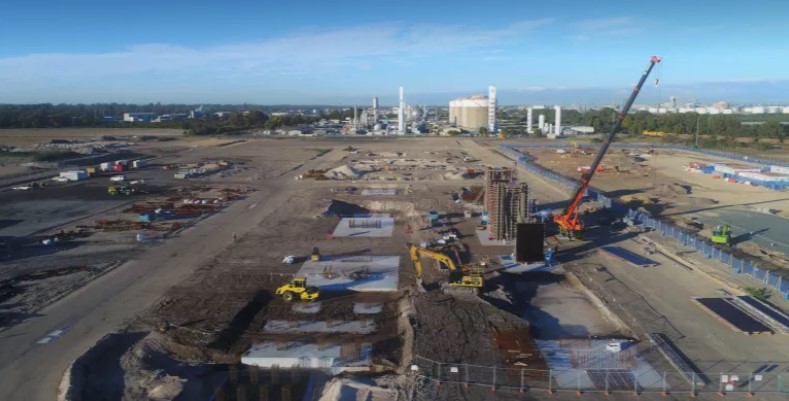 The meetings are at the request of Tesla, which specialises in electric vehicles and energy storage.

The US requires 35 raw materials to produce renewable energy storage batteries, and as WA can supply them all, eyes have turned to the state’s ability to value-add not just by mining but by processing, primarily in Kwinana, already an industrial area and the location of a future new port.

News of the Tesla meetings follows reports WA Lithium, a joint venture between Kidman Resources and Chilean-based producer SQM, has struck a deal to supply Tesla with lithium hydroxide from a refinery to be built in Kwinana.

The partnership on May 4 announced it had secured rights from LandCorp to build on the 76-hectare Kwinana industrial area site, expected to begin operations in 2021, create 400 construction jobs and 150 ongoing jobs.
Nearby, the world’s largest processing plant is being built by Chinese lithium producer Tianqi for $700 million.
The area, nicknamed “Lithium Valley”, has positioned WA to take advantage of a growing market for electric cars and house batteries.

The Premier’s office confirmed Tesla representatives would attend a function at the US Consulate in Perth on Tuesday night with Deputy Premier Roger Cook, before meeting with Mr McGowan and other ministers over the next two days.

They had already met other stakeholders on Tuesday, including members of the Western Harbours Alliance, a not-for-profit championing the cause of a new Kwinana port, and the authors of a new Curtin University/Regional Development Association report.

A preview of the report, titled Lithium Valley: establishing the case for energy metals and battery manufacturing in Western Australia, will be released on Thursday at the Innovate Australia – Advanced Materials forum.
One of the authors, Curtin University sustainability professor Peter Newman, said the report detailed how lithium batteries could mean 100,000 jobs and $50 billion in profit for Australia.

“I’m also on the Intergovernmental Panel on Climate Change and the key thing we’re working on at the moment is, essentially, ‘electrify everything’,” he said.

“We must accelerate the removal of coal and oil and the best way to do that is electrifying industry, transport and buildings.”

He said the report to be published documented how rapidly and dramatically the demand for lithium would grow.

“The buildings part is happening around the world very quickly, much quicker than ever predicted, and Perth is a perfect example with 30 per cent of houses now having rooftop solar,” he said.

“No one predicted these kinds of changes. Solar and wind are happening in a way the market can manage and batteries are now part of that equation.

“Electric bikes, trains, buses, vehicles are all available. For most people, the car they have now driven on gasoline or diesel will probably be their last car that runs on fossil fuels.”
He said to not only mine lithium but make energy storage batteries in WA would require acceleration of outer harbour plans.

“This is immense for Western Australia if we can get it right – this is why ministers are keen on it,” he said.
A bigger harbour

Western Harbours Alliance chairwoman Kim Dravnieks said investors were looking for low sovereign risk opportunities such as those Perth offered and this was why Tianqi was opening the world’s largest plant here.
WA offered a skilled workforce and stable government, while the Kwinana area offered the cost savings of an established industrial area home to related companies.

“We are really pleased that this innovation into the energy metals field is showing that we can be growing and diversifying our state rather than just shipping out raw materials,” she said.
“The transport industry must be part of that supply chain; the Kwinana port is really going to be vital in capturing these industries and companies.”

The report to be released on Friday makes a case for industry in Kwinana, Geraldton and Kemerton, with other components in the Pilbara and Goldfields.

It says the cost of missing this development opportunity would be high for WA, both in direct losses and in lost opportunity to expand WA’s industrial and logistics infrastructure for further development.
“WA is no longer remote nor positioned at the far end of global supply chains. It is at the beginning of many of them and convenient to global markets,” the report says.

“This strategic and economic advantage will likely continue to improve as the economic rise of many nearby nations continues and Indian Ocean Regional economies drive the next global growth super-cycle. The energy metals or New Energy industries opportunity is not just about the domestic Australian market, it is almost solely focused on exports to fuel WA’s trading partners in a win-win trade deal.

“Commonwealth and State policies are yet to reflect WA and Australia’s coming of age and its changing strategic role and associated opportunities. There is good reason to redress this oversight urgently.”
Citi analyst Clarke Wilkins last month predicted WA would supply more than half the world’s lithium by the end of 2018.

And Tesla could be courting new partnerships in Australia, now the future of its agreements to build a virtual power plant connecting 50,000 home battery storage systems in South Australia have become uncertain under a new Liberal government in that state.

Queensland premier Annastacia Palaszczuk has also reportedly been in recent talks with Tesla.