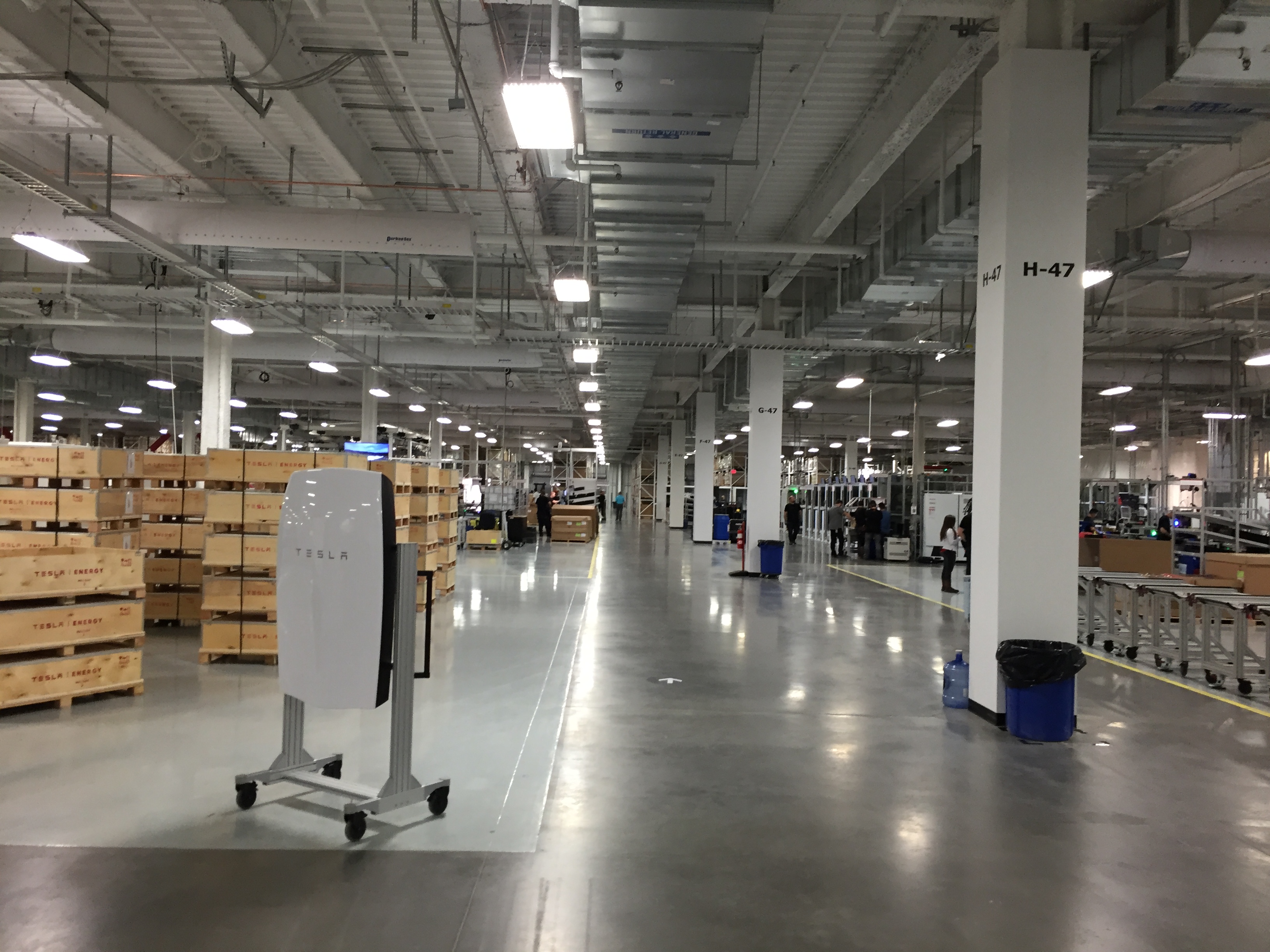 Even Tesla’s detractors concede that, when it comes to battery technology, the California carmaker has a lead of at least a couple of years over its theoretical rivals. The legacy brands are taking various approaches to try to close that gap, but Tesla is far from standing still. CNBC recently toured Tesla’s Nevada Gigafactory, and talked with President of Automotive Jerome Guillen.

“The Gigafactory is critical to Tesla,” said Guillen. “There [are] more batteries produced here for electric vehicles than in the rest of the planet combined. We would not be able to make all the vehicles we are making now if we didn’t have the Gigafactory.”

Gigafactory 1 runs 24/7, and churns out about two battery packs per minute — not quite as fast as “bullets from a machine gun,” but already faster than “Grandma with a walker.” However, even as Tesla begins work on a new Gigafactory in Shanghai, and talks about building another in Europe, there’s still plenty of room to improve both the quantity and quality of the batteries produced in Nevada.

EV industry analyst Sam Jaffe, of Cairn Energy Research Advisors, estimates Tesla’s cost to manufacture a battery cell at $116 per kilowatt-hour, which he says is “far ahead of the industry.” Other carmakers’ cell-level costs are around $146 per kWh, Jaffe says. “Tesla has shown an ability and a drive to reduce both cell costs and battery pack costs. They have been planning for this moment, with this tremendous cost advantage, for a long time, and in general they have executed well on it.”

The first of Tesla’s three pillars of battery creation: building more battery cell manufacturing lines at the Gigafactory. In close cooperation with cell manufacturing partner Panasonic, Tesla is steadily building out more production capacity at the Nevada facility. This not only increases the quantity of cells produced, but also gradually brings the per-cell cost down by spreading fixed costs over a larger volume of batteries.

The second pillar: improving the design of the battery cell manufacturing lines. Everything at Tesla undergoes a continual process of analysis and incremental improvement, and the Gigafactory assembly lines are no exception. Jerome Guillen told CNBC that the company is working to improve the yield, throughput, and capacity of each production line. Again, this not only increases the quantity of cells produced, but also improves the company’s financial picture. Making more batteries from the same line translates to a better return on the capital invested in each line.

The third pillar: improving the design of the 2170 battery cell. When Tesla created its proprietary 2170 cylindrical cell, it aimed to achieve the perfect balance between energy density and the amount of surface area for cooling, which has a direct effect on battery performance and longevity. However, there is still room for improvement. “The design of the cell is not frozen,” says Guillen. “It evolves, and we have a very nice roadmap of technology improvements for the coming years.”

Guillen believes the Gigafactory is just beginning to reach its potential. “The costs have come down and continue to come down a lot, and that has enabled us to reach profitability in the last quarter and positive cash flow as well,” he said.