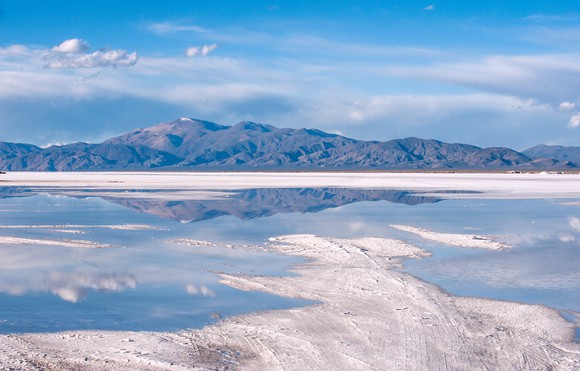 Keep in mind that none of these companies are pure plays on lithium, so their financial results will depend on how all their segments perform, and that qualitative factors are often just as important as quantitative ones. Nonetheless, this exercise should help you make investment decisions in the lithium realm.

Before we dig in, here’s some context: Lithium stocks soared in 2016 and 2017 because demand was very strong for the silvery-white metal to make lithium-ion batteries for electric vehicles (EVs) and supply couldn’t keep up, resulting in higher lithium prices. Demand is still robust, supply is still having a tough time keeping up, and prices are still rising. However, lithium stocks have pulled back in 2018 because some market participants are concerned about a lithium glut occurring as soon as next year due to planned additional supply coming on line. The big lithium producers and some industry experts, however, generally foresee the market remaining tight through at least the next couple of years.

FMC, which is based in Philadelphia, grew its lithium business revenue the fastest from the year-ago period. While FMC’s revenue increase was impressive, the company started with a much smaller revenue base than the other two companies, making it easier to grow on a percentage basis. That’s why I’m awarding this category to both FMC and Albemarle, which posted particularly impressive growth given its size. Albemarle is the world’s largest producer of lithium.

While we could quibble about whether FMC or Albemarle deserves the win here, one thing is for certain: SQM, the world’s second largest lithium producer, was the laggard. Its 12% revenue gain was due entirely to price increases, as its sales volume declined 19% from the year-ago period. That said, SQM, like Albemarle and FMC, is in the process of expanding production capacity.

FMC and Albemarle are the winners of this category for reasons similar to those discussed above. FMC posted the biggest percentage increase in its segment earnings, while Albemarle showed an impressive increase given its much larger base size.

A word of caution: The three companies aren’t using the same metric to measure the profitability performances of their business units. So you should focus on each company’s percentage growth from the year-ago period, rather than comparing their absolute earnings numbers.

Profit margin reflects the efficiency of a company’s operations and the mix of the lithium products it sells. SQM sports the biggest percentage number above, with nearly 72% of each dollar generated in lithium sales in the quarter ending up in the segment’s gross profit. However, the same caveat mentioned above applies here: The companies are not using the same metric to measure the profitability of their business units.

That said, SQM is widely considered to be the lowest-cost lithium producer, so it’s probably likely that it would still have the highest profit margin if all the companies were using the same profitability metric.

This category can be thought of as “degree of pure play.” Albemarle and SQM have a significant exposure to lithium. FMC’s lithium business accounts for a small percentage of its total revenue and EBITDA, so its overall financial results are being driven by its much bigger agricultural chemicals business.

That said, FMC’s lithium business is on track to be a pure play. Tentatively, in October, approximately 15% of its lithium business will go public via an initial public offering (IPO) on the New York Stock Exchange, and then the remaining shares will be spun off to FMC Corp. shareholders within six months of the IPO.

Albemarle scores 3 and both SQM and FMC score 2. That said, there were a couple of considerable caveats discussed. Moreover, this exercise doesn’t lend itself to neatly choosing one “winner” because the three companies have some big differences

In short, FMC is a solid agricultural chemicals play, but it offers a relatively light exposure to lithium for now. SQM sports a juicy profit margin, but it’s only suited for investors comfortable with higher risk; its headquarters in a developing country means it has greater political and financial risks than the other two companies. Albemarle is a natural choice for investors who want a stock that’s as close to a pure play on lithium as possible, but aren’t comfortable with SQM’s risk profile.