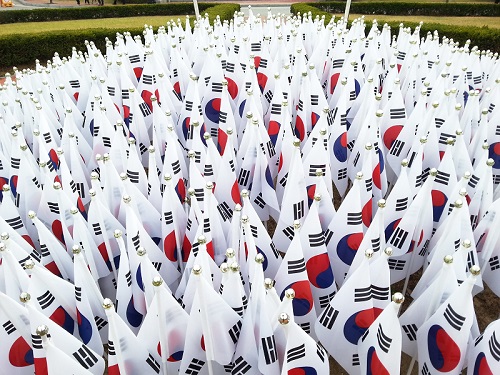 In economic terms, South Korea is a country quite unlike any other.

A largely agrarian economy until the middle of last century, the rise of its trillion dollar economy has been described as a miracle. Korea has become an economic superpower, propelled forward and upward by its leadership in electronics and semiconductors.

Now South Korea can claim another distinction: it is the new world champion in deployments of fuel cells for utility-scale power generation.

By latest estimates, its six generating companies have deployed almost 300 MW of fuel cell power to date, including the world’s tallest, most energy-dense, and largest fuel cell parks.

The national fuel cell boom has its origins in Korea’s Renewable Portfolio Standard. The RPS required all GenCos and Independent Power Producers with more than 500 MW of generating capacity to increase the proportion of power derived from renewable and ‘new’ technologies (including fuel cells and batteries) from 2 per cent at the start of this decade, to 10 per cent by 2023.

Responsibility for implementing the RPS has fallen to Korea’s six generation companies, and the race between them to claim credits and avoid penalties, has given rise to some highly creative power projects.

For example, KOEN (formally known as Korea Southeast Power Company) recently built a triple-decker fuel cell park in Bundang, 25km to the southeast of Seoul. The park claims to be the world’s most energy-dense power plant.

Colloquially known as the Bundang ‘Power Tower’, the design of the fuel cell park pays homage to neighboring high-rise residential apartments in what has become one of Seoul’s most desirable exurbs.

The installation also claims another first: it is the first deployment of Solid Oxide Fuel Cell (SOFC) systems in the country, featuring 8.35 MW of SOFC-based Bloom Energy Servers.

The ambitious project is not out of character for KOEN, which is regarded as one of Korea’s most progressive GenCos. KOEN has led in the adoption of robotics, artificial intelligence and other emerging technologies, which Korea refers to as the ‘Fourth Industrial Revolution’.

While the country’s love of technology has certainly inspired its leadership in the fuel cell domain, Korea’s unique economy, topology, connectedness, and energy sector structure have also all contributed greatly.

Korea is the most densely populated of the world’s major economies, with more than fifty million people inhabiting just 100,000 square kilometers, an area about the size of Kentucky or Iceland.

Its electricity consumption in kWh per capita is the highest in Asia, rivaling the US, and far exceeding that of France and Germany.

The day-to-day lives of Koreans are digital and power-hungry. Its population is one of the most connected: 85 per cent are online, and 88 per cent have a smart phone – the highest penetration in the world.

The price of real estate in the country factored significantly into the design of the Bundang Power Tower, which had to be deployed within the footprint of KOEN’s existing combined thermal power plant.

To achieve the sought-after capacity within that footprint, the only way was up, and designers SK Engineering & Construction created the three-story structure to meet the challenge.

The KOEN Power Tower generates 1.34kW per square foot, or approximately one megawatt for each 787 square feet, a stunning advance of 3X in energy density versus the world’s newest and most efficient combined cycle gas turbine plants.

To be clear, gas-powered centralized generation – as well as coal power – remains an important source of electricity in Korea. The country generates about two-thirds of its power from fossil fuels, and one third from nuclear power, according to KEPCO, the national utility.

However, two events in the country’s recent energy history have accelerated the major overhaul of energy strategy.

It was no surprise when a national energy plan unveiled in 2014 lowered targets for nuclear capacity.

Concurrently, Korea’s economic miracle had earned it a new, unwanted accolade: the country had become one of the world’s top ten polluters, according to Reuters.

President Moon Jae-in’s plan quickly became known as the ‘30-20’ plan by which Korea would seek to increase the amount of power it generated from renewable and new sources to 20 per cent by 2030.

So, why fuel cells? Well, remember that high population density? Korea is an extremely hilly and mountainous country, with only about 30 per cent of its area considered lowland. Its terrain and corresponding high property development costs make it largely unsuitable for large scale solar PV and wind power deployments.

While the rapid growth of the country’s fuel cell sector has provided valuable energy-dense solutions to Korea’s rising energy demand, it has also delivered notable opportunities for the world to evaluate the promise of each of the three main types of fuel cell technology.

All of the main types of stationary fuel cell have fundamentally the same promise: to generate electricity (and sometimes heat) from an electrochemical reaction between natural gas or hydrogen, and oxygen, without combustion. With efficiencies of approximately 60 per cent, the systems are energy-dense, and generally have lower greenhouse gas emissions than legacy fossil-fuel based generation.

It is the variations in the type of electrolyte used by the major fuel cell producers which impacts their price, performance and operating reliability.

For example, Solid Oxide Fuel Cells such as those deployed at Bundang generally operate at higher temperatures than other fuel cells, but also have the advantage of achieving the highest efficiency in terms of converting fuel to electricity, at up to 65 per cent.

The Gyeonggi Green Energy fuel cell park – a flagship project built by POSCO Energy in Hwasung City – uses molten carbonate fuel cells (MCFC). MCFCs have efficiencies in the high 40 per cent range, and can run on a variety of fuels, including coal-derived fuel gas, methane or natural gas, eliminating the need for external reformers. While MCFCs tend to have a lower upfront capital cost, their stacks tend to have a shorter life expectancy.

Meanwhile, the 31 MW fuel cell park developed by Korea Hydro & Nuclear Power to power 71,500 homes in Busan was built using phosphoric acid fuel cells (PAFCs) provided by Doosan. Like MCFCs, PAFC’s have the benefit of being a source of both heat and power. However, fuel cell research firm Fuel Cell Today, describes PAFCs as having “lower efficiency than other fuel cell types in producing electricity”.

A combination of capital cost, operating efficiency and fuel cell life expectancy seems most likely to determine the long-term winners and losers in the Korean fuel cell market.

In a country with no domestic gas supplies, where 100 per cent of fuel is imported as LNG via tankers, efficient use of fuel certainly matters.

However, fuel cell life expectancy has recently emerged as the most critical determinant of project success or failure.

For example, in a February 2018 article, Korean business newspaper DK Ilbo reported that of the 21 fuel cell units POSCO supplied to the Gyeonggi Geen Energy project, in less than two years, one third had stopped operating and required replacement.

The MCFC technology that POSCO had developed in Korea had failed to deliver the economically-critical five years of guaranteed quality, hurting the economic return of several POSCO fuel cell projects.

DK Ilbo reported that as a result of having to replace stacks prematurely, POSCO recorded a loss of 235.7 billion Korean Wan since 2014.

Not long after news of its losses emerged, POSCO announced that it would end its relationship with a US MCFC fuel cell maker and exit the fuel cell business entirely during 2018.

POSCO’s exit was certainly notable, but its MCFC performance issues seem to have been unique to the GenCo’s technology choice. Korea’s enthusiasm for fuel cells continues unabated. Several domestic and international providers continue to prosper in the market.

The enthusiasm of those vendors will no doubt be buoyed by the Ministry of Trade, Industry, and Economy’s 8th Electricity Supply Demand Plan which calls for expanding fuel cell deployments from today’s ~300MW level to some 800MW by 2022.