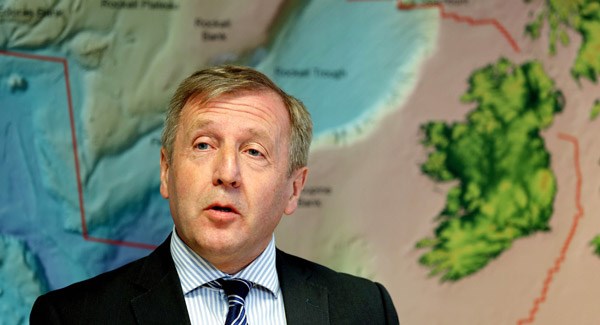 The Government is now pushing to roll out a new national network to harness power from agricultural waste as the country comes under pressure to reduce its carbon emissions.

A recent report from the Sustainable Energy Authority of Ireland highlights the potential of harnessing gas from slurry and silage. They found that biogas or biomethane could potentially contribute to 28% of our gas supply by 2025, and by 2050, half of all supply could be produced in this way.

Anaerobic digesters can harness gas produced by cattle, pigs and sheep and are already widely used in other European countries.

The departments of Agriculture and Climate Action are now working to encourage farmers to install these green energy suppliers on their farms.

Agriculture Minister Michael Creed said that the potential for growth in the sector is strong and it could create thousands of jobs in Ireland, but he conceded that it is still at a nascent stage of development when compared to other countries.

There are just 31 biogas plants in Ireland, with 10 biogas plants using animal-by-products (ABPs). This compares to around 9,000 anaerobic digester plants in Germany and 1,900 in Italy.

Mr Creed said: “The benefits of anaerobic digestion are well documented. A key benefit of reducing greenhouse gas emissions is by displacement of use of fossil fuels.

“There are also positive economic impacts both to the farmer as well as the wider rural community in terms of an additional income stream for farmers and job creation in rural locations,” he said.

However, Mr Creed said the cost of setting up and operating anaerobic digesters can be prohibitive to farmers and there are difficulties in securing traditional forms of financial support because of the length of return on investment.

They included the awarding of €8.5m to Gas Networks Ireland for the development of a Graze project in Mitchelstown, Co Cork.

It is the first of 17 similar projects due to be rolled out across the country to produce sufficient biogas to power 56,000 homes by mixing silage and slurry using on-farm anaerobic digestion.

The North Cork town was chosen as the location for the pilot project due to the high number of cattle in the area and its close proximity to the country’s biggest gas line.

“The development of anaerobic digestion facilities to produce biogas for use in heating or biomethane for injection into the gas grid has a key role to play in Ireland’s transition to a low carbon future,” a spokesperson for Mr Bruton said.

“The approval by the minister of this project, which will be the second grid injection point in Ireland, demonstrates a strong commitment to supporting the production of biomethane from waste using anaerobic digestion.”

Minister of state Sean Canney said such energy-saving measures would help the economy of rural Ireland and said farming groups are supportive of the idea.

“I met with farmers in Ballinasloe recently and they were talking about anaerobic digesters and creating what I call ‘group energy’ similar to the group water schemes.

“By doing that, you are creating a circular economy, the waste that you have from farms is being used to create energy.”