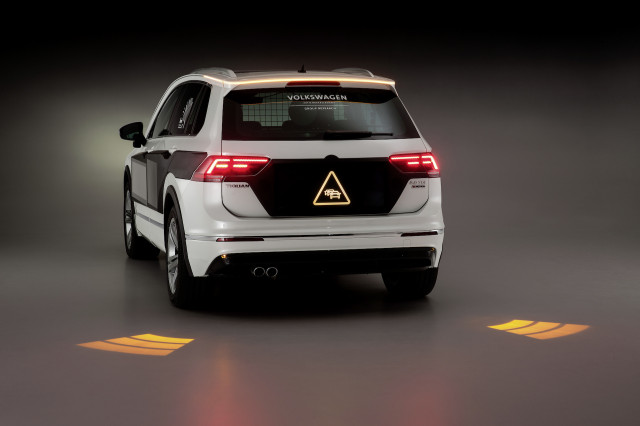 A new shorter-range Tesla Model 3 drops into the mix—but not the $35,000 model that many deposit-holders have been waiting for. Porsche will add a more utilitarian hatchback design to its upcoming Taycan electric-car lineup. And VW gives its vehicle lighting more of a message. All this and more on Green Car Reports.

Tesla released a long-awaited shorter-range version of the Model 3 on Thursday. The company calls it the Mid-Range battery with 260 miles of range. The car has a base price of $45,000, about $4,000 less than the long-range Model 3s the company has sold so far. Long-range Model 3s now come standard with all-wheel drive, and the Mid Range battery is only available with rear-wheel drive.

Porsche announced that it will expand its lineup of Taycan electric cars with a hatchback model, based on the Mission E Cross Turismo concept.

The EPA announced that greenhouse gas emissions fell 2.7 percent in the U.S. in 2017, based on reduced coal use for electricity production. The drop comes despite increases in other economic sectors such as transportation.

German authorities slapped Audi with a $927 million fine over its diesel emissions cheating scandal. Criminal cases are still outstanding against several of the company’s executives.

BMW signed agreements with a new renewable-energy battery manufacturer in Sweden, as well as a recycling company in Belgium, to take old batteries from its electric cars and turn them into new ones.

Volkswagen demonstrated a new lighting system that uses projection images to give other drivers and pedestrians more information than just whether the car plans to turn or stop. The advanced signals could come to self-driving cars as well as those with drivers.

Finally, Volvo is bringing the first vehicle subscription service to Canadian drivers with its Care by Volvo service.