An estimated 58% or 97 000 tonnes of lithium-ion batteries will be recycled once they reach end-of-life stage in 2018. This figure is up from 55% in 2017, according to a new report by Circular Energy Storage.

Over 14 000 tonnes of cobalt and upwards of 5000 tonnes of lithium will enter the lithium-ion battery supply chain in 2018 from recycled batteries and production scrap. At the moment, most investments in new recycling capacity come from manufacturers of battery materials or battery makers. ‘The increase in demand has caused a price spike for lithium-ion scrap,’ the report by Circular Energy Storage states.

A ‘barrier’ to fast growth in the lithium-ion battery segment is said to be access to recyclable material. The main reason for this is that batteries are re-used in second life applications. Basically all battery packs from electric vehicles (notably BMW, Nissan, and Renault) will go on to serve second life applications, both in Europe and in China. 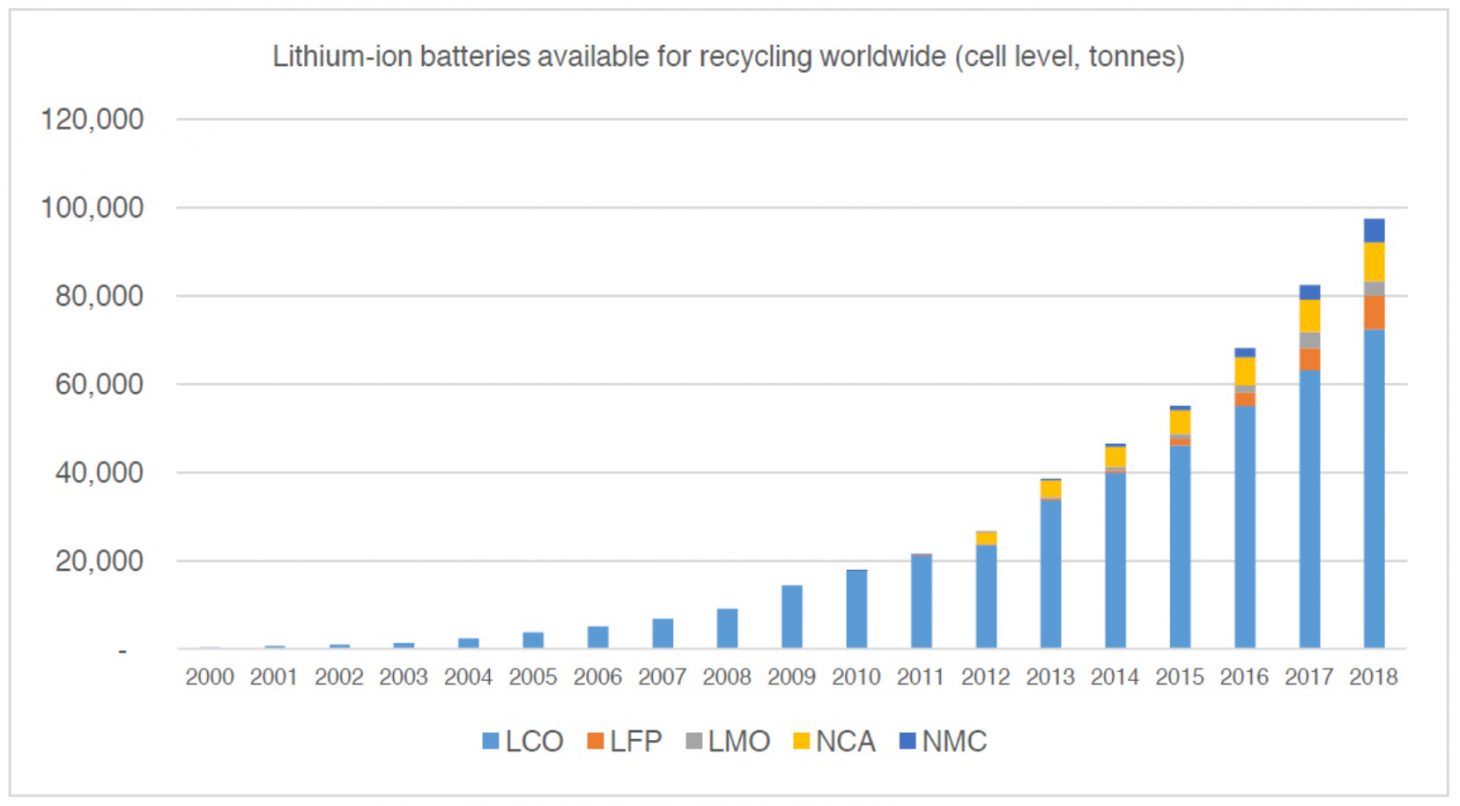 ‘The development of second life as a business goes in two directions. One proactive and one reactive,’ he remarks. In the proactive case, second life becomes an integrated discipline in the energy storage industry with the same players offering both new and used batteries depending on the requirements of the applications.

‘Essentially this removes the bias for either new or used. If you can retain the same gross margin on both it’s only about what the customer asks for,’ Melin notes. ‘The companies with a more reactive approach try to find new use for the batteries as they reach end-of-life in order squeeze out more value before recycling it,’ he observes.

Melin will address the ‘threats and opportunities’ surrounding lithium-ion batteries during his speech at the International Congress for Battery Recycling, which will take place from 26-38 September in Berlin, Germany.