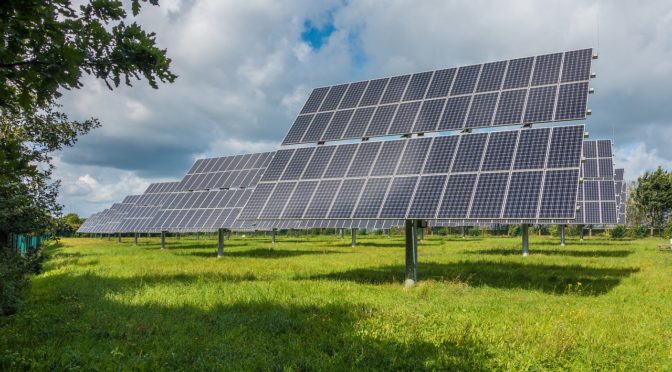 Scientists have overcome a design flaw of solar panels by allowing them to collect energy in both the rain and sun. Now, almost any home can install solar panels. So even if you live in a rainy area, you can use solar panels to produce electricity for your home. This innovation could change renewable energy completely.

What are hybrid solar panels?

With these new panels, people whose local weather patterns once restricted them from getting solar panels can now enjoy this green energy feature for their homes and businesses.

This is not the first attempt to create all-weather solar panels, but it is the first successful attempt. Older designs sandwiched insulation between the solar cells on the bottom and the triboelectric nanogenerator on top. This style, however, blocked too much sunlight from reaching the solar cells, defeating the purpose of an all-weather solar panel.

The design from Soochow University in China has the nanogenerators and solar panels using the same electrode, creating a more efficient, thinner model that works well, rain or shine. Though still in the testing phase, this model could be available to the public within three to five years. But another group of Chinese researchers has developed another all-weather solar panel.

The second group from Yunnan Normal University and Ocean University of China created a single-layer model. They hypothesized graphene infused into the top of the solar cells would split the ions of the raindrops into positive and negative. The interactions between these oppositely charged ions would produce electricity. Sadly, this model remains in the design phase. With increased research, however, it could become a second option.

Who benefits from hybrid solar panels?

Until now, those in northern climates with more rain than sun had to contend with nonrenewable resources for electricity. With hybrid solar panels, anyone in the world can enjoy the benefits of renewable energy. And thanks to nighttime rains, these panels could work all the time rather than ceasing electricity production after dark. In the future, hybrid solar panels will produce electricity for homes and businesses, reducing the use of nonrenewable resources.

When more homes and businesses generate their own electricity, they no longer become beholden to electric utilities. Additionally, they will save thousands of dollars a year by not having to pay a power bill. Though the investment in solar panels seems significant, many see a return on the investment if they get adequate sunlight. With hybrid solar panels, even more places will be able to realize these savings.

Currently, these hybrid solar panel designs are not ready for home and business use. Researchers still need to find ways to increase the efficiency from rain and sun. Current solar However, the efficiency of the Soochow University design was 13 percent, which makes it a viable alternative to standard solar panels.

At the moment, the Soochow University design is able to convert 13 percent of the energy produced by sunlight into usable energy. Comparatively, current solar panel designs convert 10 to 15 percent of the sun’s energy into electricity. Thus, the new design is a viable solar panel solution. Collecting energy from rain is something the team would like to develop further. Electricity efficiency from its triboelectric nanogenerators was not reported and the graphene model had an efficiency from rain around 6.5 percent.

With a rising demand for renewable energy sources, though, research may hurry to make this possible. The two teams from Chinese universities are not the only ones researching renewable electricity resources. Other more efficient designs of hybrid solar panels may be on the horizon.