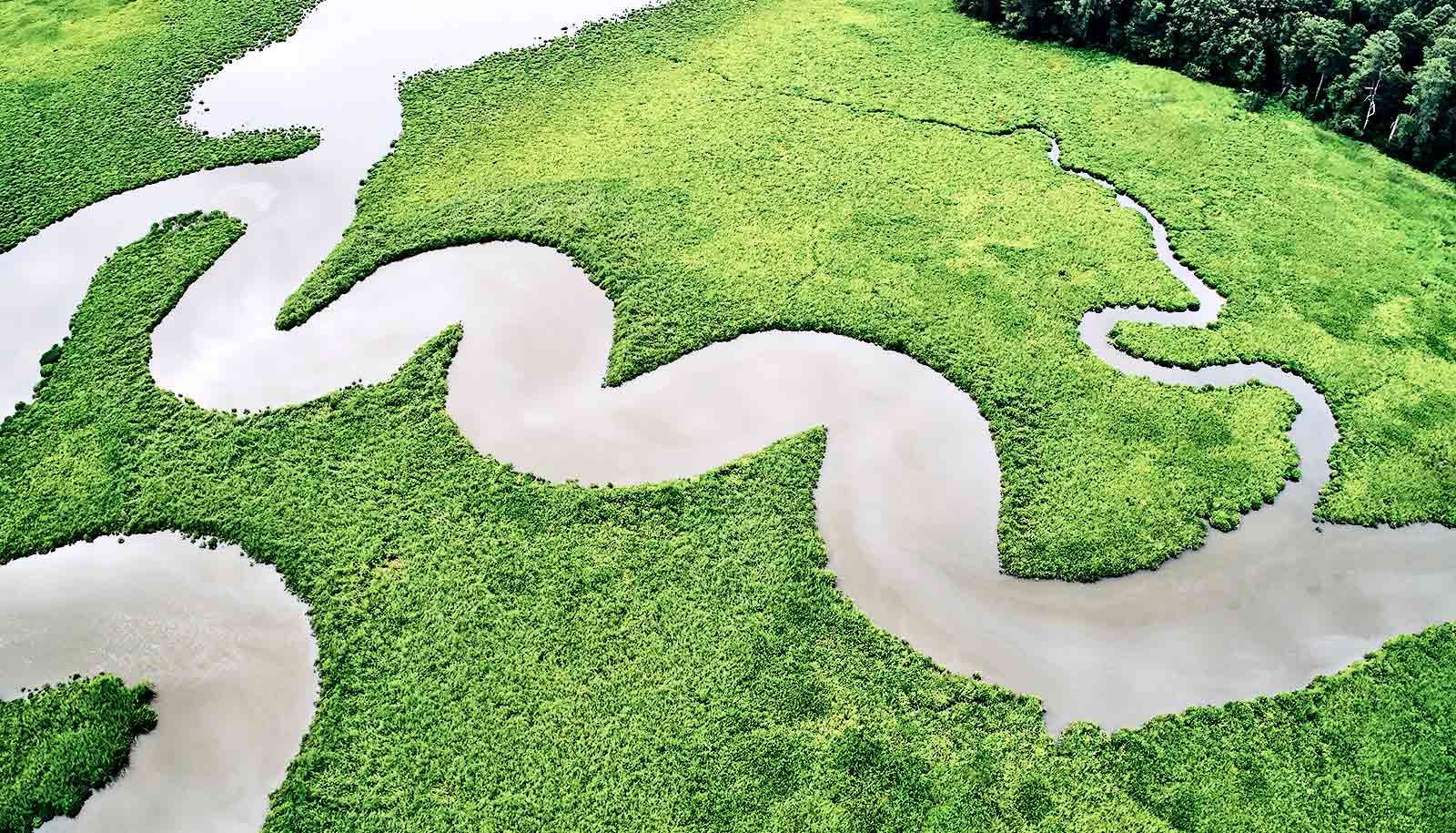 In-stream flow (or hydrokinetic) energy converters in rivers may offer a workable and effective option to expand renewable energy and limit carbon emissions in the United States, according to new research.

While the potential for in-stream flow energy harvesting systems has already been demonstrated for rivers with fixed beds, researchers now developed a scaled demonstration of hydrokinetic energy generated from a river channel with a sandy bed.

Their findings, which appear in Nature Energy, show that the model hydrokinetic power plant can generate energy effectively and safely without undermining the stability of the river geomorphic environment.

As global interest to advance sustainable and renewable energy technologies continues to grow, scientists have estimated that untapped kinetic energy can be harvested from the water flow of streams, rivers, and tides to produce up to 10 percent of the nation’s electricity. The key idea is to install in waterway beds arrays of axial and cross-flow turbines, looking very much like “underwater wind farms,” to harness kinetic energy without the need to build dams as in traditional hydroelectric power generation.

While researchers have already shown promising results for rivers with fixed beds, the feasibility and potential of such technologies has yet to be demonstrated for a large class of rivers in nature with sandy beds and migrating sand dunes.

The channel reproduces the hydraulics, sediment transport, and morphodynamic scaling range of a natural river under controlled laboratory conditions allowing the researchers to control the flow rate and sediment discharge.

The researchers used state of the art flow measurement techniques and a high-resolution laser scanner to visualize how large migrating sand dunes interact with the turbines and affect the performance and resilience of the hydrokinetic power plant in a sediment active river environment.

The study shows that with proper placement of the turbines, the power plant could efficiently extract kinetic energy without compromising the geomorphic equilibrium of the river and the structural safety of the turbine foundations, even in the presence of large migrating sand dunes.

“Our work shows that it is possible to harvest hydrokinetic energy from sandy rivers without undermining the structural integrity of the turbines or disturbing the river environment. Sandy rivers are prevalent in nature and therefore our findings could impact the production of renewable electricity in communities all around the country and the world,” says Fotis Sotiropoulos, dean of the College of Engineering and Applied Sciences at Stony Brook University.

Additional collaborators are from the University of Minnesota. The National Science Foundation is funding the research.