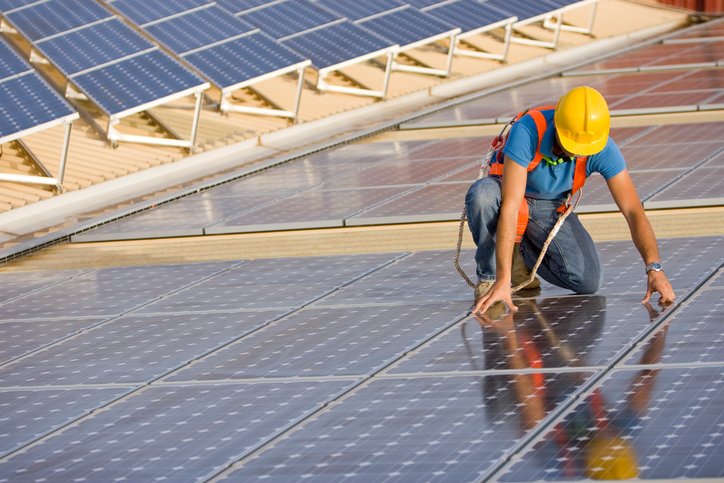 The new solar-powered desalination plant under construction at Witsand on the southern Cape coast will produce water at a cost of only R7 to R8 a kilolitre. This is less than a quarter of the cost of water from Cape Town’s temporary desalination plant at Strandfontein.

Water from the Strandfontein plant, which is powered by diesel, costs between R35 and R40 a kilolitre.

If the R8.5-million Witsand plant, which will produce 100 kilolitres of fresh water daily, proves successful, others may be rolled out throughout the province’s water-scarce coastal towns, according to Western Cape Finance MEC Ivan Meyer.

However, although the revolutionary French-designed plant is far more economical and climate friendly, it is unlikely that the solar-powered desalination plants will be built in drought-stricken Cape Town at this stage because of the large amount of space required for the solar panels.

A plant the size of the Witsand operation would need 3.5ha to accommodate the photo-voltaic (PV) panels.

Patrice Boyer, civil engineer and project manager of the Witsand desalination plant, said it was possible that at a later stage, PV panels to power desalination plants in Cape Town, where space is constrained, could be accommodated on rooftops.

The Witsand plant, in the Hessequa Municipality, is the first solar-powered desalination plant to be built in the country and is being funded jointly by the Western Cape and the French governments.

The second was that the Strandfontein and Monwabisi desalination plants were temporary, under contract to the City of Cape Town for only two years, and economies of scale made water produced under such a contract expensive.

Having no batteries at the Witsand plant also brought the cost down.

The plant’s Osmosun technology is a world first, developed by French company Mascara Renewable Water and implemented in South Africa by TWS-Turnkey Water Solutions. It is the first reverse osmosis desalination technology to be used with solar energy using no batteries.

It can also be used inland to desalinate brackish water from boreholes.

Boyer said the big technological development was inventing a specialised “intelligent” membrane that was able to “soften” the impact of variations in solar power. Every time the sun went behind a cloud, the amount of solar power would drop, and would increase again when the clouds moved away.

Without this intelligent membrane, variations in the solar power could explode the reverse osmosis membrane.

The reason Witsand was selected for the pilot plant was because the population of this small town at the mouth of the Breede River swells from 300 to 3 000 during the holidays and there is not enough water to accommodate the influx.

Meyer said he got letters every year from holidaymakers at Witsand complaining of the lack of water. As the provincial government had identified tourism as a driver of economic growth, tourist towns needed to be able to provide enough water to accommodate holidaymakers.

“A small investment can make a big impact,” Meyer said.

The plant will also be connected to the electricity grid so that if necessary, it can be powered by ordinary electricity.

If it needed boosting during the holiday season, it would make use of the cheaper, late-night Eskom power.

However, it would run off solar power for at least 300 days of the year.

France’s Minister for Ecology and Inclusive Transition Nicolas Hulot, who came to Cape Town this week for the launch of the Witsand project, said diversifying water supplies was the only way to deal with water scarcity in the face of global climate change, the biggest challenge of the century.

Desalination of sea water was one solution, he said, but if powered by fossil fuel, it came with a big cost.

“Water is becoming scarce. The news about the drought in Cape Town is known all over the world. Global warming is a serious problem for all.