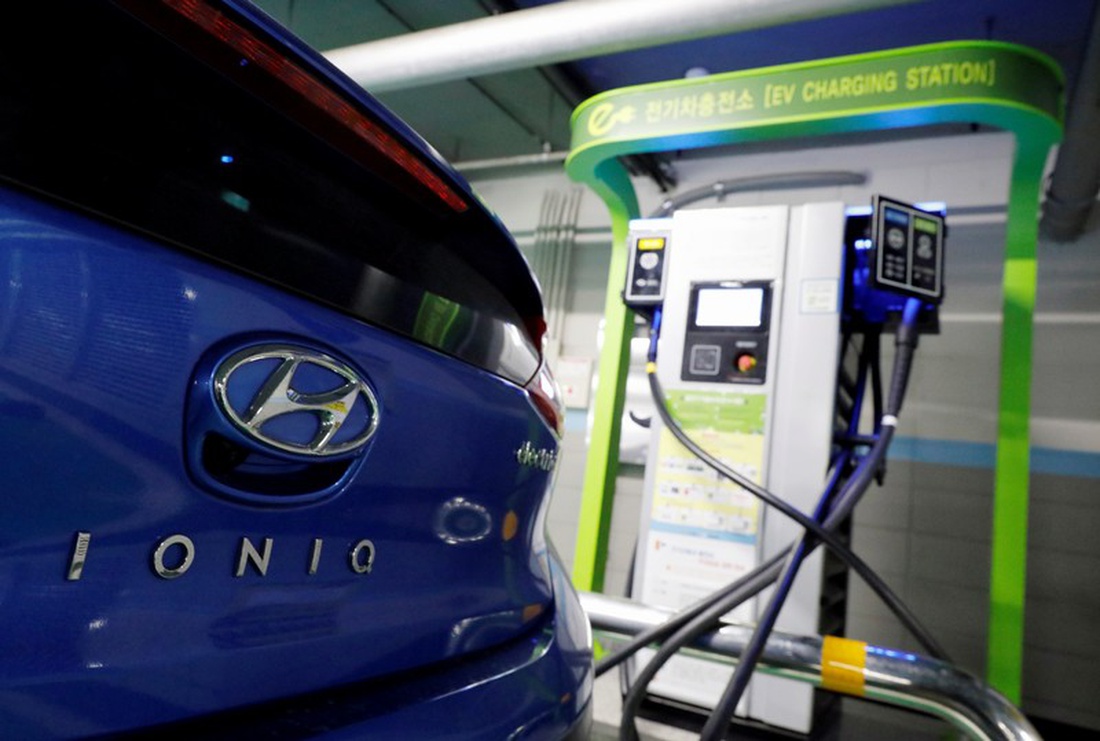 The reason for their hardship: a government list of recommended battery suppliers published three years ago that became linked to generous car subsidies and did not include foreign firms. Since then, Chinese rivals led by Contemporary Amperex Technology (CATL) <300750.SZ> and BYD Co Ltd <002594.SZ> <1211.HK> have virtually locked up the world’s biggest market for electric vehicle batteries.

But signs that China is starting to open its car battery market are spurring the South Koreans to invest further despite having had to repurpose existing Chinese production for exports.

LG Chem said in July it will spend about 2 trillion won ($1.8 billion) on a second China car battery plant with production slated to begin in October 2019, while SK Innovation Co Ltd <096770.KS> plans to invest 400 billion won in a China plant that would build key parts of EV batteries.

Samsung SDI has said it may expand China battery capacity and Executive Vice President Michael Son has noted the company is preparing for a gradual change in what he called China’s ‘protectionist policy’.

“We are in active consultations with several Chinese automakers,” he told an earnings conference call in October.

With its huge shift to electric vehicles as it seeks to combat smog, China accounts for 61 percent of a global car battery market worth an estimated $13 billion annually.

That makes it vital to growth for LG Chem and Samsung SDI, the world’s No. 4 and No. 6 makers, even if they fret over having lost too much ground.

“Chinese battery makers are growing so fast, it’s scary. The next two or three years will be critical in determining whether we survive and can pull ahead of them,” a Samsung SDI official said. Like several other company sources, he declined to be identified when discussing competition with China.

Company and industry sources say the South Korean investment plans were prompted by China’s pledge to phase out subsidies for electric cars and plug-in hybrids by 2020, as well as a new ‘white list’ of approved battery suppliers published by two auto industry associations in May.

The list includes LG Chem, Samsung SDI and a venture between SK Innovation and China’s BAIC Group. It is viewed as countering to some extent the November 2015 list that did not include foreign firms.

“When we made the new white list, the basic principle was that we thought it was time to open the market as we are confident about our own products,” said an expert who helped compile it, declining to be identified as he was not authorized to speak on the matter.

He added that Panasonic Corp <6752.T>, the exclusive supplier for Tesla Inc new cars, may also be included on a future version of the list. Panasonic said it plans to seek permission to be included – a move which comes as Tesla prepares to build a car plant in Shanghai.

The list is, however, not linked to subsidies and on its own has not been enough to prompt a rush into China sales.

According to a Beijing-based LG Chem official, automakers in China remain uncertain about how much weight it carries with the Ministry of Industry and Information Technology (MIIT), which published the first list and is charge of approving new vehicles.

For that reason, LG Chem has yet to start selling its batteries to car makers in China, the official added.

The South Koreans hope that China’s rapidly expanding electric car market will mean sufficient demand for their products, even if those hopes are tempered with wariness borne from experience.

Both firms completed their first China electric vehicle battery plants in October 2015, each banking that hundreds of millions of dollars in investment would pay off.

LG Chem’s plant in Nanjing, for example, was the size of three soccer fields, opening with much fanfare and government officials from both nations in attendance. LG Chem declared it was aiming to become the world’s No. 1 maker.

But the MIIT list was published the next month and subsidies for a type of bus battery mainly produced by the South Koreans were halted in January 2016.

That effective shutting out of the South Koreans from the Chinese market underscores broader concerns with Beijing’s trade and industrial policy at the heart of the trade war with Washington.

“China used subsidies to block the entry of Korean competitors, which gave Chinese rivals time to catch up with the technology,” said Koo Hoe-jin, director of the Korea Battery Industry Association.

MIIT did not respond to a request for comment on its EV battery strategy.

Pain has also come with a near 140 percent surge in prices for cobalt, a key raw material for automotive batteries, since 2016. The jump has prompted a reworking of contracts to link raw material prices to battery prices, LG Chem and Samsung SDI said.

In contrast, Chinese rivals have suffered far less as China accounts for half of the world’s cobalt smelting capacity and has been increasing its clout in the global cobalt supply chain.

That has helped CATL grow to be on par with long-time industry leader Panasonic. It is now also seizing contracts as automakers diversify their suppliers, including one with BMW which is a major Samsung SDI client.

CATL and Warren Buffet-backed BYD together commanded a third of the global market in the year to end-October, up from 18.2 percent in 2015, according to SNE Research. LG Chem and Samsung SDI’s combined share has risen less than a percentage point to 9.6 percent.

Unlike Panasonic, the South Koreans are unable to rely on a captive customer. The country’s main automaker, Hyundai Motor Co <005380.KS>, has bet more on hydrogen-fueled cars than battery-powered electric vehicles.

“The Koreans are sandwiched between Japanese and Chinese rivals. The Koreans are in an obscure position,” said Park Chul Wan, a professor at Seojeong University.