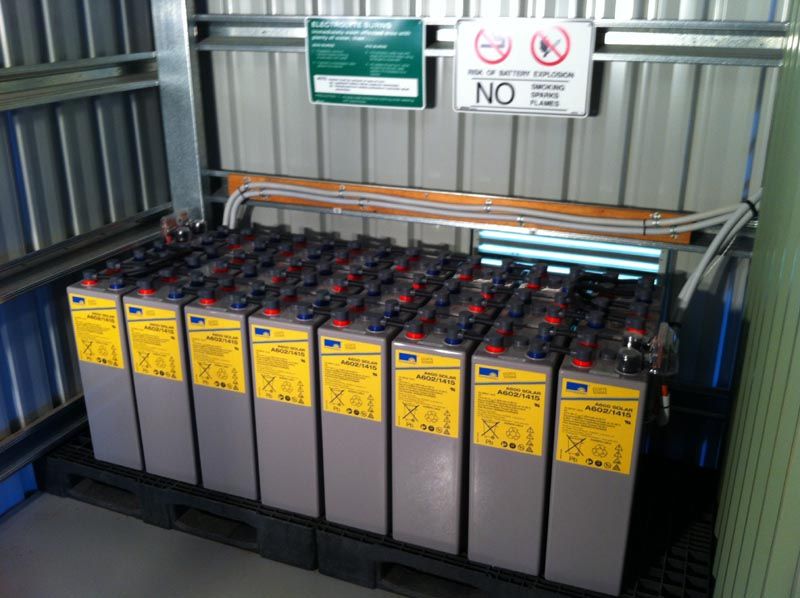 While other towns are working on solar panels for municipal projects, Queensbury is considering how to store solar power for natural disasters.

The system could create a microgrid to power fire stations and other facilities, he said. Each facility would need its own battery, attached to a solar grid, which can create logistical problems.

But the town’s clean energy committee is eager to tackle the idea and will discuss it at the next meeting, environmental consultant Kathy Bozony said.

“I think it’s a good idea for the community to start thinking about,” she said. “My compliments to the town of Queensbury for continually looking into things no one else is looking into.”

She credited Strough with floating the idea.

The town just finished a successful solarize campaign, getting homeowners throughout the region to buy solar panels. They all received a discount on their projects from New York State Energy Research & Development Authority. The town also has solar panels on many of its municipal buildings.

But creating a solar farm to power a battery will be a new endeavor that can’t be easily done on the household level, Bozony said.

“A lot of people, when they start doing solar, want to go ‘off the grid’ and ask about batteries,” she said.

But the batteries are so expensive that few go for it.

Still, as a town project, it could help tremendously during a major blizzard, when homeowners lose power for days.

“We’ve all experienced those,” she said.

In those cases, some people need to get to a shelter — usually powered by diesel-burning generators.

Town officials are already looking at several pieces of land, Bozony said, in an effort to consider the full parameters of the project. She thinks it’s an excellent idea, and not just because it would be a greener way of powering shelters after a storm.

“It’s the only way we’ll all survive if there’s a catastrophe, I think,” she said.

Strough said much research must be done before the town can decide whether to go ahead. Then the town could apply for grants and go out to bid. That means the town is years away from having a functional battery for emergencies.

“It’s just the start,” Strough said. “These things just start off by talking about them.”