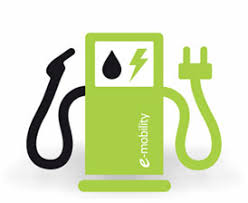 Powershop CEO Ed McManus told RenewEconomy that the capacity of the VPP was, at this stage, “open ended,” but that initially the company hoped to gather together a couple of megawatts in Victoria and another couple in NSW.

McManus said that Powershop customers that didn’t already have solar and battery storage would have to weigh up the pros and cons of making that investment – with the added incentive of a quarterly payment via the VPP – and decide whether it worked for them.

He said Powerhsop currently had “lots of solar customers” – a little above the national average of 25 per cent – but a relatively small amount of customers with battery storage.

“I think the key message about the (Grid Impact program) is that solar and a battery can reduce your neighbours bills as well as your own,” McManus told RE.

“If, over time we get lots of batteries, it’s going to mean lower use of gas generation, and that will have the impact of bringing down prices across the board,” he said.

In this way, the new program mimics the company’s business model of investing in large-scale renewable energy generation to help increase competition in the wholesale market, and bring down the costs at the power point.

Just last month, Powershop revealed that it had been able to cut its retail electricity rates by 5.5 per cent, off the back of the NZ-owned company’s investments in hydro, wind and solar generation.

Grid Impact also builds on Powershop’s demand response initiative – “Curb Your Power” – which calls on customers to reduce their electricity consumption when instructed, by at least 1kW an hour, for each hour of a forecast “event.”

Registered to be a part of Curb Your Power and wondering when the next event will take place? Today is your lucky day – we’ll be conducting an Event between 5 pm and 7 pm this eve. If you can help, see how you can reduce your usage here: https://t.co/BQPlIUsMd9

“We have been talking to Reposit for a number of years now and are big fans of their technology,” said Powershop CEO Ed McManus in a statement on Tuesday.

“We are thrilled to be able to partner with them, meaning our customers that use their technology can both help take pressure off the grid at peak times, and also be financially rewarded.”

For Reposit, the partnership with Powershop builds on a growing portfolio of joint venture projects, including the Canberra 1MW VPP with ActewAGL, and the ground-breaking 2016 trials with SA Power Networks in South Australia, and with TasNetworks on Bruny Island.

“This is exactly what this partnership achieves. Grid Impact is a great plan that could see customers reduce their bills by up to 90 per cent in the first year. We’re proud to be partnering with Powershop.”

The creation of virtual power plants has been a major focus on the NEM, as networks, industry players and the market operator AEMO work to harness otherwise “invisible” solar and storage installed by consumers behind the meter.

The project aims to connect at least 50,000 households, beginning with low-income Housing Trust (social housing) properties, which will be each fitted with 5kW of rooftop solar and one 13.5kWh Tesla Powerwall 2 battery system.

The $800 million project (see more details here) will ultimately bring together 250MW of capacity and 650MWh of storage, allowing the combined resource to be pooled to help provide grid stability and extra capacity when supply is short.

As we reported at the time, the project easily dwarfs the 5MW AGL virtual power plant in South Australia – which has finally got back underway after announcing battery storage makers Tesla and LG Chem and inverter provider Solar Edge as its new technology partners – and the 250-home Reposit Power-led project in the ACT, mentioned above.