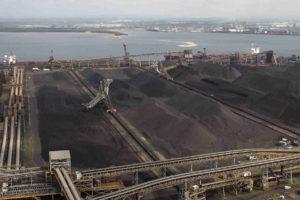 State-owned Transnet has confirmed that its manganese export facility at the Port of Port Elizabeth will be transferred to the neighbouring Port of Ngqura by October 2023, where the commodity will continue to serve as an important catalyst for economic growth and development.

During a site visit on Thursday, Nelson Mandela Bayexecutive mayor Athol Trollip said the municipality would continue to cooperate with Transnet to attract greater manganese export volumes through Ngqura, while minimising potential negative impacts on livelihoods and convenience for the community.

“We do not dispute the fact that our manganese operation in the Port of Port Elizabeth creates an inconvenience to porttenants and residents. However, as a responsible corporate citizen we have superior operational and compliance controls in place to mitigate these negative impacts.

“Our independent scientific data confirms that the current operations do not pose any medical harm to the health of employees and residents,” he said.

He noted, however, that the five-point plan would include reviewing controls with emphasis on dust suppression systems; continued analysis and collation of data relating to air emissions and environmental impacts thereof, with appropriate remediation action and the establishment of a hotline to register any public concerns around manganese.

He added that Transnet would also continue to employ innovative technologies, seeking guidance from the International Manganese Institute to ensure its operationsremained safe and efficient.

While the total yearly throughput capacity of the bulk ore terminal at Port Elizabeth is 5.1-million tons, no more than 250 000 t of manganese ore is stockpiled at the terminal at any given time