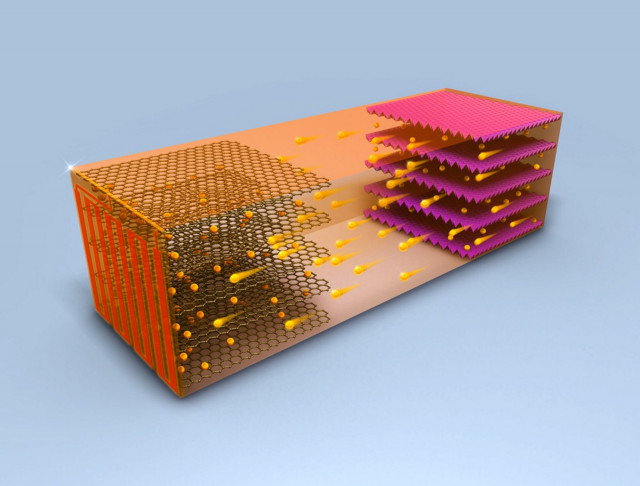 Researchers at Pennsylvania State University claim they may have found the “Goldilocks” battery for electric cars, according to a report in ChargedEVs.

One of the biggest challenges for electric-car batteries has been that the batteries have to be charged slowly. If they’re charged too quickly too often, they can decay prematurely or become dangerously unstable.

The problem is dendrite growth, the plating of lithium ions onto carbon anodes while charging. The problem is particularly acute at low temperatures.

That’s why electric cars take so much longer to charge in cold weather than they do when it’s warmer.

Most electric cars also use extra energy to heat the battery as they charge in cold weather.

Researcher Xiao-Guang Yang has developed a new battery structure with nickel foils embedded in the cathode that preheat the anode during charging to prevent the lithium ions from plating.

In a research paper, Yang said his new cells charged for 4,500 cycles with less than 20 percent capacity loss, which is 90 times higher than standard cells.

The development could charge batteries in 15 minutes even at temperatures as low as minus-50 degrees Celsius and still last 12 years, he says.

He says the nickel foils add only 0.5 percent in weight and 0.04 percent to the cost.

Normally, temperature and charge times are a trade-off. Yang’s paper says his breakthrough frees battery technology from such trade-offs, at least until solid-state batteries become practical.