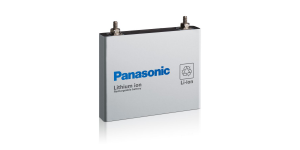 As China’s environmental problems worsen and the subsidy system aimed at supporting domestic battery makers falls apart, the Chinese government intends to relax rules on foreign players setting up electric-vehicle facilities from next month. The move is expected to further boost business for Japanese and South Korean battery makers and is already seeing increased demand from Chinese automakers. Panasonic aims to get the two new production lines running at its Chinese battery plant as soon as next summer.

Panasonic has secured land for two more buildings to go with the current two at its Dalian, Liaoning Province, facilities. Their current Chinese battery output capacity is believed to be nearly 5 gigawatts hours. The Osaka-based company will consider expanding further if necessary to fill a growing number of orders. The expansion should increase the company’s capacity for rectangular batteries that are mainly used in electric cars but also in hybrids and plug-in hybrids. The batteries Panasonic exclusively supplies to Tesla batteries are distinctly different with a cylindrical form.

Beijing’s decision to drop its tough requirements for plug-in hybrid plants will benefit Japanese players like Toyota, a strong partner of Panasonic. The resulting increase in business could help Panasonic become less reliant on business with Tesla.