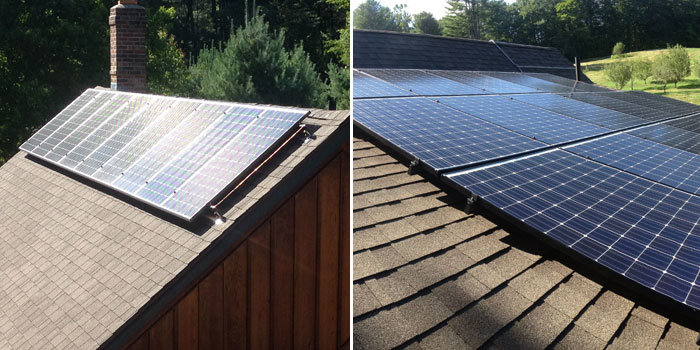 Panasonic Eco Solutions, home of the HIT solar panel, is aggressively building out its residential solar installer network on a national basis, seeking to compete more evenly with the likes of Tesla, SunRun, SunPower, Vivint and others.

The company has forged new strategic relationships with residential solar installers in Colorado, Florida, Illinois, Indiana, Minnesota, and New Mexico, adding to its already sizable operation. Over the last two years since the business unit was formed, Panasonic has grown its installer network to 150 authorized installers. Florida and Illinois have been identified as key states for 2018 residential installation growth.

“The Panasonic Solar installer program is growing at a rapid pace, as demonstrated by today’s announcement and program expansion,” said Jack O’Donohue, the sales and business development manager at Panasonic Eco Solutions North America, in a November 15 announcement.

Panasonic divides its solar installer business into regions. On the western side of Panasonic’s Central Region, Atlasta Solar and NM Solar Group will bring residential solar solutions to Colorado and New Mexico, respectively. Atlasta Solar has been serving the Western Slope of Colorado for almost 40 years and is the longest operating solar company on the Western Slope. NM Solar Group is a full-service, New Mexico-based installer offering customers a complete range of services including consultation, design, financing, and panel installation and aftercare.

Panasonic’s Midwest expansion includes All Energy Solar from Minnesota, Rethink Electric of Illinois, and Jefferson Electric of Indiana. And homeowners in Florida now can purchase Panasonic solar products through Solar Source, which has completed more than 20,000 solar installations.

The larger installer network will help sell not only HIT panels for Panasonic, but also battery storage systems designed for the residential market. In June, Panasonic and Pika Energy, a power electronics manufacturer based in Westbrook, Maine, announced plans to offer a product line of DC-coupled solar smart batteries.

In pursuing this business area, Panasonic would seem to be competing head-on with Tesla, its partner in the Gigafactory. Tesla now owns SolarCity, the largest residential solar installer in the country. Unlike Tesla, however, Panasonic manufacturers panels, so it will have a greater degree of vertical control over its residential solar business.

Panasonic is not the only solar panel manufacturer to pursue the residential solar installation business. SunPower, in its 8K filing on November 28, sold off over 37,000 residential leases in a transaction that will help it pay off debt, and pursue more installations.

The 8K filing indicates that SunStrong, an indirect wholly-owned subsidiary of SunStrong Capital Holdings, a joint venture between SunPower and Hannon Armstrong Sustainable Infrastructure Capital, completed the issuance of an aggregate principal amount of $400,000,000 of Solar Asset Backed Notes, Series 2018-1. The notes bear interest at a rate of 5.68% per annum payable quarterly and have an anticipated repayment date in November 2028 and rated final maturity date in November 2048, SunPower indicates.

“As one of the largest renewable industry securitizations, this transaction is a testament to the high-quality asset portfolio of SunStrong,” said Manavendra Sial, SunPower’s Chief Financial Officer, in a statement accompanying the filing.

The residential solar market is massive. Residential solar installations fell by 16% on an annual basis for a total of 2,227 megawatts deployed in 2017, compared with 2016, according to GTM. While there is a trend for homeowners to purchase solar systems rather than lease, leasing is still king. “SolarCity, Vivint and Sunrun have had difficulty scaling up their new loan and customer-owned solar products,” GTM reported in its 2017 year-end analysis in March.

In its third-quarter 2018 Solar Industries Report, the Solar Energy Industries Association, in cooperation with GTM, reported that during the second quarter of this year, 577 MW of DC residential solar were installed, demonstrating a flat quarter-over-quarter and year-over-year.

The installations have been uneven across US states, SEIA reports. “Major markets continue to exhibit signs of weakness – six of the top 10 state markets fell year-over-year in Q2 as the lingering effects of national installer pullback and customer acquisition issues continue to constrain growth,” the association notes.

“But despite major market weakness, a handful of emerging markets are offsetting the decline. Nevada, for instance, showed the highest quarter-over-quarter installation growth in megawatt terms out of all states as installers begin to see installations climb after re-establishing sales operations once net metering was reinstated. Similarly, Florida’s residential market continues to grow as more third-party ownership (TPO) providers seek PSC permission to sell leases in the state,” SEIA continues.

“National growth rates will hit 10% in 2020 as emerging states scale and growth rates hit the mid-teens beginning in 2020, in part bolstered by the California mandate for all new residential housing to include rooftop solar in addition to the new Illinois Adjustable Block Incentive program, which will begin to bear fruit in the new decade. Together with Florida, these three states will account for 60% of residential capacity additions between 2018-2023,” SEIA concludes.