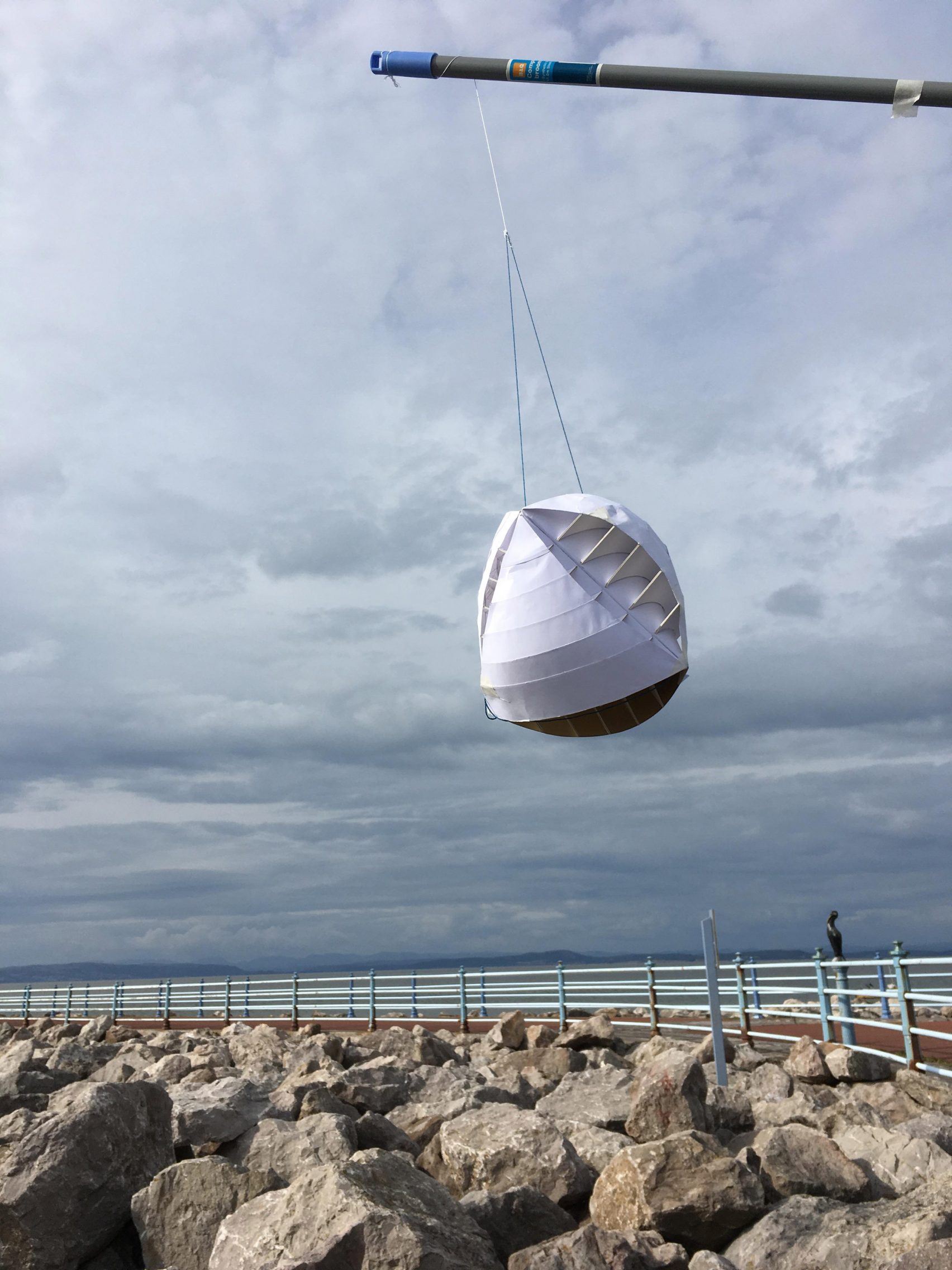 An omnidirectional wind turbine that works in the middle of big cities, which could “take urban energy harvesting to another level”, is the UK’s James Dyson Award winner for 2018.

Designed by Lancaster University students Nicolas Orellana and Yaseen Noorani, the O-Wind Turbine is made for high-density urban environments, instead of the open fields where turbines are typically placed.

This is because the architecture of tall buildings throws wind flow into chaos, making conventional turbines, which are only able to capture wind travelling in one direction, close to pointless.

In contrast, the O-Wind Turbine captures wind from all directions, and is designed to attach to balconies or the sides of buildings, where speeds are high.

Orellana says it would allow people living in apartments to generate their own electricity.

“We hope that O-Wind Turbine will improve the usability and affordability of turbines for people across the world,” said Orellana, an industrial designer in the International Innovation masters program at Lancaster University.

“Cities are windy places but we are currently not harnessing this resource,” he continued. “Our belief is that making it easier to generate green energy, people will be encouraged to play a bigger own role in conserving our planet.”

The round O-Wind Turbine, 25 centimetres in diameter in the current prototype, has vents sliced into the surface that allow wind to flow in from all directions, spinning the sphere on a single axis like a globe.

This powers a generator that converts the energy into electricity, which can either be used directly or fed into the electricity grid.

Orellana and Noorani had initially begun the project in an attempt to better NASA’s 2004 Mars Tumbleweed Rover, which was hampered by only being able to harness unidirectional winds.

They wanted a rover that could use cross-winds to move forwards, and only recently shifted their focus to wind turbines.

“When the two students first approached us about test facilities for a new wind turbine design, we first thought it would just be the 23rd variation of some plain vanilla system,” said Harry Hoster, director of Energy Lancaster at Lancaster University.

“When they humbly showed their video and their prototype, however, we were, excuse the pun, blown away,” he continued.

The O-Wind Turbine was chosen by a panel of judges as the winner of the UK division of the James Dyson Award 2018, which recognises top inventions from current and recent engineering and design graduates from around the world.

British inventor James Dyson — famous for his eponymous vacuum cleaners — will pick the grand prize winner of the international competition in the coming weeks.

Runners up in the UK competition were Will De Brett’s Mi Plug, a redesigned wall plug that’s pin-less, stackable, waterproof, safe and easy to use. There was also Bukki Adedapo’s Gilaasi Finetunes spectacles, which change from sunglasses to clear prescription glasses at a tap using liquid crystals.

Previous years’ winning inventions have included a skin cancer detector that avoids the need for biopsies and a folding paper bicycle helmet.