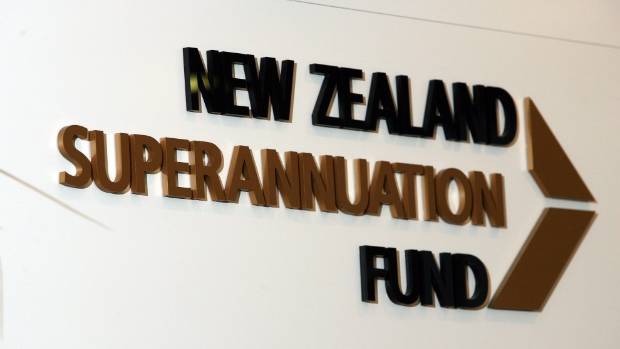 The fund appears to be down at least US$38.5 million (NZ$57m) on its investment in United States technology company Bloom Energy, which is pioneering the development of fuel cells.

Last year, the Super fund wrote off a $47.5m investment in US wind turbine company Ogin after it failed to raise enough money to commercialise its technology, and warned of the possibility of other losses.

Bloom Energy has filed a prospectus to float on the New York Stock Exchange, anticipating it will sell about 18 million shares at a price of about US$14 a share.

Early investors in technology companies usually hope to crystallise gains when businesses reach the point of listing on a stock exchange.

But the terms of Bloom’s initial public offering (IPO) appear to value Bloom’s existing 88 millon shares at just over US$1.2b – well below the company’s peak reported valuation of about US$3b.

Although NZ Super has not disclosed how much of Bloom it owns, it is not listed in Bloom’s offer documentation as an investor owning more than 5 per cent of the firm – which indicates its stake in Bloom would not be worth more than US$61.5m at the proposed offer price.

The paper loss may be higher than US$38.5m if NZ Super’s stake is significantly less than 5 per cent.

Existing shares in Bloom will initially carry more voting rights than the new shares it is issuing through its IPO, but this is rarely associated with a significant price premium.

NZ Super spokesman Mark Watts said the proximity of Bloom’s IPO – which is expected to take place in the next 10 days – meant it was “inappropriate to comment”.

“We can however reiterate the fund’s active and long-term approach to investment, and our capacity to pick the moment to exit any given investment in order to maximise our returns. This is a strategy that has served the fund very well over the past 15 years,” he said.

Bloom’s fuel cells are designed to convert natural gas into electricity at customers’ sites, reducing the transmission losses involved when gas is instead burnt for electricity in conventional power stations.

Bloom’s customers include giants Apple, Amazon and Google, but it reported a US$281m net loss in the year to December and noted in its prospectus that its business depended on “rebates, tax credits and other financial incentives”.

It also acknowledged that the US Environmental Protection Agency was seeking US$1m in fines from the company over Bloom’s handling of what the company said was a comparatively small volume of benzene – a hazardous waste that builds up in its fuel cell cleaning units and needs to be periodically removed. The company is contesting the fines.

The Super fund has made four other direct investments in US “green tech” companies under the umbrella of its expansion capital programme.

Super fund acting chief investment officer Mark Fennell reiterated in May that the fund had a strategy to identify investments that had “the potential to benefit from the global transition to a low-carbon economy”.

The fund has invested US$137.5m in View Inc, a young Californian company that manufacturers energy-saving “smart” glass for buildings.

It has also invested US$87m in biofuel company LanzaTech – which was founded in New Zealand and is now headquartered in Chicago – and US$23m in Boston-based renewable energy company Longroad.

In May, it doubled down with a US$65m investment in waste and recycling technology company Rubicon Global, which is headquartered in Atlanta in the US and operates a cloud-based service connecting customers to a network of independent waste haulers.

Together, the green tech investments represent about 1.5 per cent of the Super fund’s total investment portfolio, which is worth $38b.

The Super fund announced last year that it had also reallocated $950m in its passive equity portfolio away from companies with high exposure to carbon emissions, towards “lower-risk companies”.

Then chief executive Adrian Orr – who has since been appointed chief executive of the Reserve Bank – said the Super fund’s focus on climate change risk was “global best practice”.

Commenting on the Ogin write-off in its annual report, NZ Super said it was important to understand that the fund might well experience further write-offs of its direct investments in young overseas companies.

“Such investments make up only a small part of the overall fund and are an appropriate part of the mix for a long-term investor seeking to maximise returns,” its annual report said.