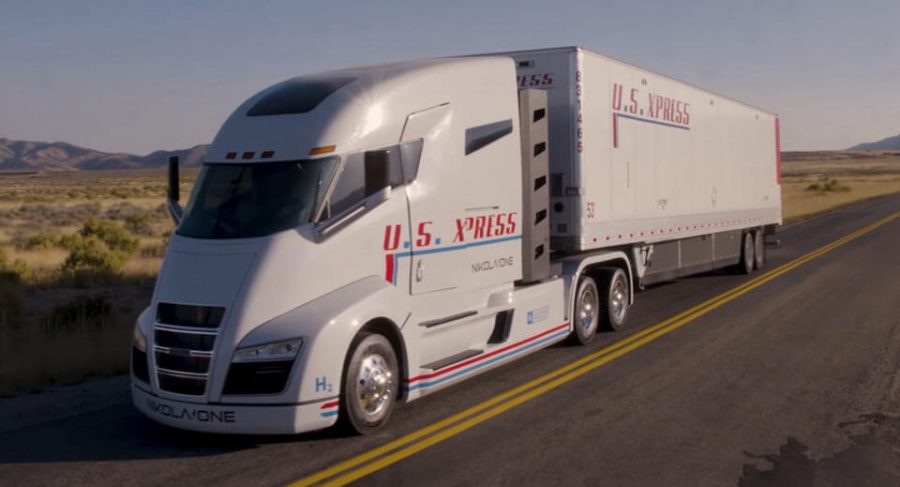 Tesla may have overshadowed the Nikola One with their electric Semi unveiled last December, but development of the hydrogen electric truck continues.

The small start-up has already partnered with Bosch, claiming that they will bring the One and Two semis to the market by 2021. However, before that, Nikola One will unleash a fleet on the roads next year for testing purposes.

Celebrating the announcement is a video released by Nikola Motor, which shows the One on the road, with its futuristic styling, hauling a big trailer behind it. The company claims that their model will “outperform any semi-truck in every category”, including “weight, acceleration, stopping, safety, and features”.

The Nikola One utilizes a hydrogen fuel cell, combined with electric motors rated at around 1,000 horsepower, and a 320kWh lithium-ion battery. As it stands, the semi has a 500-1000-mile (805-1,609km) range. It also promises to complete the 0 to 60mph (96km/h) acceleration in 30 seconds, under load. That’s about half the time required by a diesel-powered truck.

Unlimited miles and free hydrogen fuel are offered to buyers, as part of a special leasing program, which will set them back for $5,000 to $7,000 monthly, for a 72-month program. Owners will be able to trade the One when the contract expires, or when the semi clocks 1 million miles (1.6 million km).