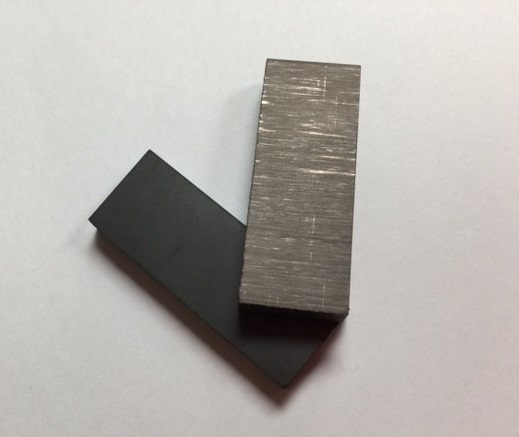 A first-of-its-kind copper and graphite combination discovered in basic energy research at the U.S. Department of Energy’s Ames Laboratory could have implications for improving the energy efficiency of lithium-ion batteries, which include these components.

“We’re pretty excited by this, because we didn’t expect it,” said Pat Thiel, an Ames Laboratory scientist and Distinguished Professor of Chemistry and Materials Science and Engineering at Iowa State University. “Copper doesn’t seem to interact strongly or favorably with graphitic materials at all, so this was a big surprise. It really challenges us to understand the reasons and mechanisms involved.”

The scientists bombarded graphite in an ultra-high vacuum environment with ions to create surface defects. Copper was then deposited on the ion-bombarded graphite while holding it at elevated temperature, at 600-800 K. The synthetic route created multilayer copper islands that are completely covered by graphene layer(s).

“Copper is a highly conductive material but susceptible to oxidation. Being able to successfully embed it just underneath the surface of graphite protects the copper, and suggests a number of potential applications, including battery technology,” said Research Assistant Ann Lii-Rosales.

The research is a continuation of a discovery from last year, when the researchers encapsulated dysprosium, a magnetic rare-earth metal, underneath a single layer of graphene. Encouraged by their success, they began testing the possibilities of the method with other elements, including copper.

The research is further discussed in the paper “Formation of Multilayer Cu Islands Embedded beneath the Surface of Graphite: Characterization and Fundamental Insights” in the Journal of Physical Chemistry C.