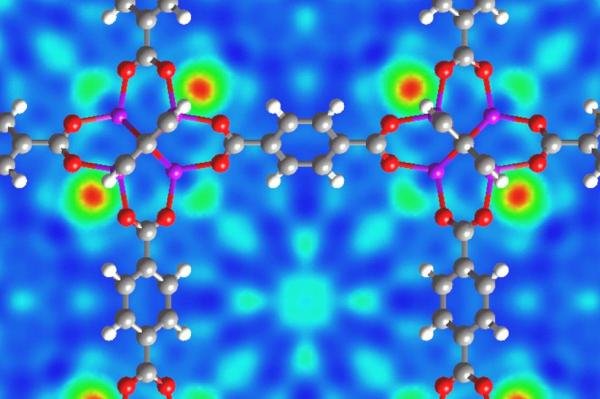 Scientists have developed a new, more efficient way to filter salt and metal ions from water. The method relies on metal-organic frameworks, a unique material with an expansive internal surface area and crystals capable of trapping chemical compounds dissolved in water.

Currently, reverse osmosis membranes are responsible for the majority of desalinization efforts. The membranes also serve as the last stage of filtration in most municipal water systems. Unfortunately, the membranes aren’t very energy efficient.

A team of researchers from Monash University in Australia and the University of Texas in Austin found metal-organic frameworks, or MOFs, can be designed to selectively filter both salt and ions.

The differently sized nanoscale substructures inside the unique materials serve to trap and transport different types of ions.

In addition to making seawater potable, MOFs could also be used to filter lithium from mining wastewater. The rise in popularity of lithium ion batteries has made lithium a valuable and sought-after — but increasingly rare — natural resource.

“Instead of relying on the current costly and energy intensive processes, this research opens up the potential for removing salt ions from water in a far more energy efficient and environmentally sustainable way,” Huanting Wang, a professor at Monash, said in a news release.

“Also, this is just the start of the potential for this phenomenon,” Wang said. “We’ll continue researching how the lithium ion selectivity of these membranes can be further applied.”