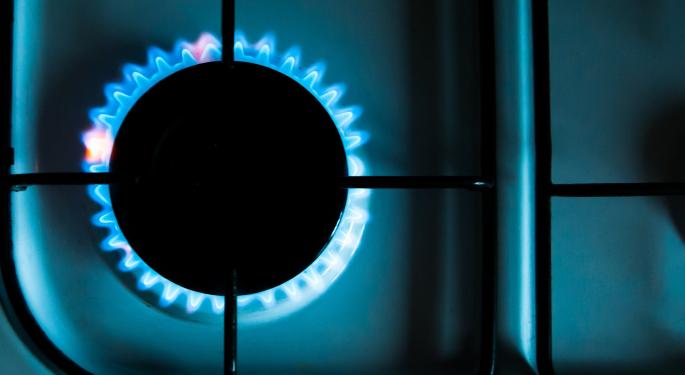 The year 2018 has been unkind to the financial markets, and the sell-off has been a comprehensive one. After a fairly decent showing in 2017, commodities reversed course amid several pushbacks, including slowing global growth, a strong dollar, geopolitical tensions and an inclement monetary policy environment.

Commodities encompass energy, precious metals, base metals and agricultural and livestock products and are investable via multiple routes:

Factors That Worked Against Commodities

Extremely accommodative monetary policy from global central banks and fiscal stimulus handed down by governments after the Great Recession helped the global economy get back on its feet and post above-trend growth in recent years.

The growth is now likely a thing of the past, according to a Bank of America Merrill Lynch Fund Managers’ survey. A net 53 percent of fund managers surveyed expect global growth to weaken in 2019, the firm said. This is the worst global growth outlook in a decade, according to BofA.

A corollary of monetary policy tightening is a stronger dollar. As interest rate differentials between the U.S. and the rest of the global economies widen, the relative attractiveness of investing in the U.S. to take advantage of higher rates has driven funds into the country, perking up demand for the local currency.

The end result is a dollar that’s higher across the board. The U.S. dollex Index, which measures the value of the U.S. dollar against a basket of six global currencies — the yen, pound, euro, franc, Canadian dollar and Swedish Krona — has gained 4.5 percent in 2018 following a drop of more than 10 percent in 2017.

Why should a firmer dollar be detrimental to commodities? Commodities are denominated in the U.S. dollar.

When the greenback strengthens, traders can buy more of a commodity for the same dollar value. In other words, fewer dollars buy the same quantity of a commodity.

One geopolitical development that has hit the financial markets hard this year: trade tensions between the U.S. and China.

Both parties have been bickering about tariffs on each other’s exports. China, the world’s second-largest economy and a major commodity user, has outsized influence on commodity prices.

Any hit to the Chinese economy on account of the trade war will have an adverse impact on commodity prices. The U.S. and China recently announced an agreement to delay further tariffs.

“The ceasefire should be a gentle tailwind for the macro outlook in the U.S. and China,” BofA Merrill Lynch said. “To achieve a permanent truce, however, the U.S. might have to accept only small gains on trade and intellectual property protection. If not, the trade war could re-escalate.”

Natural gas, with a gain of roughly 12 percent for the year, is a winner among energy commodities, which also include crude oil, heating oil, gasoline, uranium and ethanol.

This followed a 20.7-percent pullback in 2017. The commodity has shown volatility throughout the year. After spiking to a 17-year high of $4.837/MMBtu Nov. 14, prices came off this level as winter weather moderated in December.

Uranium futures are going great guns, having gained 20.1 percent in 2018 on top of the 17.2-percent jump in 2017. The strong momentum is attributed to falling volumes amid the suspension of production in several mines across the globe. At the same time, demand for the commodity has been increasing, especially in Asia. energy_0.png

Precious metals were lower across the board with the exception of palladium, which carved out a gain for the year. Palladium’s strength is attributable to environmental concerns, which drove a shift from diesel to gasoline and hybrid vehicles using platinum in catalytic converters.

At one point in early October, palladium overtook the value of gold, before the latter made a comeback due to its safe haven appeal during market volatility.

Poor Showing For Base Metals

Base metals had a down year, with the Sino-American trade war serving as the primary drag. Aluminum was the worst-hit among the base metals due to a supply glut and falling demand in China, the largest producer as well as consumer of the commodity. The decision by the U.S. to lift sanctions against Russia’s Rusal, the second-largest producer of aluminium, did not help matters further.

Most agricultural commodities advanced for the year, while soybean, sugar, cotton and coffee ended lower.

Three macro downside risks — a collapse of Sino-American trade talks, the Fed’s tightening of monetary policy and a material worsening of the emerging market credit cycle — are likely to weigh on commodities in the coming year, according to BofA Merrill Lynch.

That said, the firm is mildly optimistic given that commodities perform well in late business cycle phases.

The following are BofA Merrill Lynch’s calls for 2019: